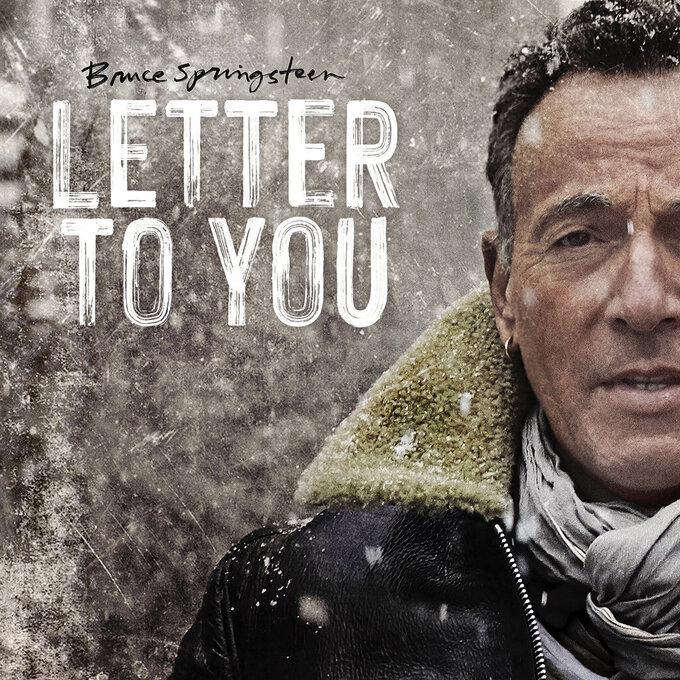 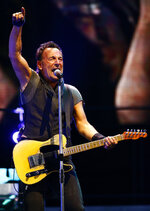 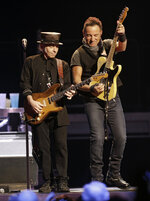 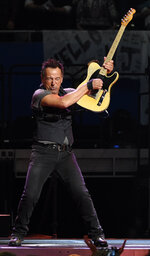 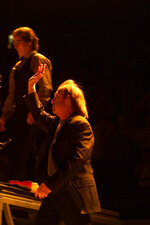 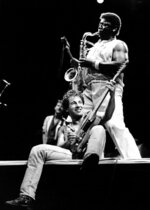 NEW YORK (AP) — Bruce Springsteen — who released his 20th album “Letter to You” last week — discusses trending on Twitter, his first guitar, his first concert and the pain of the pandemic in outtakes from a recent interview with The Associated Press. Read the interview here.

Bruce Springsteen had plans to tour his new album next year, but he knows that may not happen because of the coronavirus pandemic.

“At 70 you realize there are X amount of shows left. There are X amount of years where you are going to be at your peak and vital which is where I feel like I’m at now," the 71-year-old star, known for playing four-hour concerts, said. “My band is at its very best. I can go out and perform at my very best. New generations of fans can come and say that they saw us when we were at our peak and to have to give up a year, and hopefully not more, but to give up time on that right now is painful."

He's hoping his “Letter to You" album can hold fans over in the meantime — especially during the wild year of 2020.

“I would hope that it works as a balm for my fans as far as contextualizing and perhaps bringing a little light into what was pretty dark times. I’d be glad if the album provided a service like that," he said.

The tracks “Janey Needs a Shooter,”“If I Was the Priest” and “Song for Orphans" are all six minutes long and were never recorded for an album. Springsteen said he didn't change any of the lyrics when recording them in November for his new album.

“(It was) a lot of fun because I don’t write like that anymore. It was great to go back to that wild writing style that I had at 22 and be able to put life into those lyrics and those songs again and relive that a little bit with my current group. They were a lot of fun to record," he said.

Earning 50 cents an hour, Bruce Springsteen worked for a summer painting houses and tarring roofs to save enough money to buy his very first guitar.

“I saved up $18 and I went to the Western Auto store in Freehold. There was a junky guitar in the window and I said, ‘Give me that one.' It was the cheapest one they had. I brought it home. That was my first guitar."

His second guitar cost him three times as much: “An electric guitar that cost me $60 with a little amp and it was a Kent guitar that I still have."

“My first concert was at the Elks club in Freehold, New Jersey, on a Sunday afternoon. It costs 35 cents to get in. Your audience was a group of local teenagers. There were about five or six bands who played about a five- or six-song set, one after another. That was the first time I strapped on my guitar in front of a crowd."

Bruce Springsteen wrote the songs for his new album using a guitar a fan gifted to him after a performance of “Springsteen on Broadway," which earned the Grammy and Oscar winner a special Tony Award.

Springsteen says he hasn't been in touch with the fan since.

“I have no idea who he is. I believe he’s from Italy. I had no contact information or anything. He just handed me the guitar, said he made it for me, wanted me to have it. I jumped in the car with it.”

Bruce Springsteen is an emoji.

When posting #Springsteen on Twitter, a popular pose of The Boss about to strum his guitar appears. The rocker began to trend on the social media platform once his fans caught wind of it.

“I did see it," he says, laughing. “I know nothing about Twitter. Somebody sent a message to me saying, ‘Hey man, you’re trending on Twitter.’ I have no idea what that even means, because of this little emoji. I said, ‘Well gee, that’s great.’”

“I like Kendrick Lamar. I like H.E.R., who made that song ‘I Can’t Breathe' over the summer. I like Jay-Z. There’s a group called Larkin Poe who are sort of a bluesy, rock band. There’s a guy called Mondo Cozmo who has a single out called ‘Black Cadillac’ that I like. There’s groups from the 80’s. I’ve been listening to The Screaming Blue Messiahs — kind of a punk, blues group from London in the early 80’s. They had three records out but didn’t do that well. They were an excellent band. I listen to a lot of different kinds of music all the time. Of course, I listen to my old soul music and Motown and all of the rock music that I grew up with."

“I just worked with Thom Zimny, the real director. At the end of the day, he felt like I did enough to get some director’s credit. It was his generousness that gave me that title," Springsteen said of the film companion to his album of the same name.

“I enjoy making the films. I do enjoy taking part in the making of the film and scoring them and creating with Thom the whole overall picture of the film. I’d like to continue to do that if the ideas keep coming.”