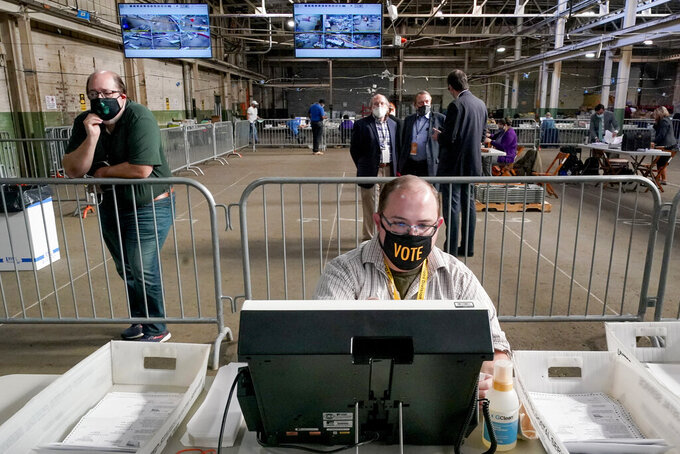 HARRISBURG, Pa. (AP) — Pennsylvania voters have returned at least 17 incumbent members to Congress, with one race undecided, and have elected the first Republican auditor general in more than two decades.

Lamb sought a second full term after becoming a Democratic star in 2018 for winning two races in two Trump districts — a special election in a district Trump won by 20 percentage points and a general election in a redrawn district against a three-term incumbent.

Lamb faced a challenge from Republican Parnell, a decorated Army vet who is a regular guest on Fox News programs and is known for his memoir on the war in Afghanistan and for authoring two action novels.

Parnell is also a Trump darling. He got a speaking slot at the Republican National Convention and campaign stump shout-outs from Trump, with southwestern Pennsylvania a regular destination for Trump.

All 203 state House seats and half the 50-person Senate were before the voters, and Republicans kept majority control of both chambers.

Just two Senate races remain uncalled, meaning the chamber will remain in Republican hands next session. It is currently 28-21, with an independent who caucuses with the GOP.

Democrats went into the election needing a net pickup of nine seats to regain the state House majority, and Ullman’s loss made the margin 10. But only eight Republican-held seats remain uncalled.