Padres' Seidler on Tatis deal: 'There's nothing we can't do' 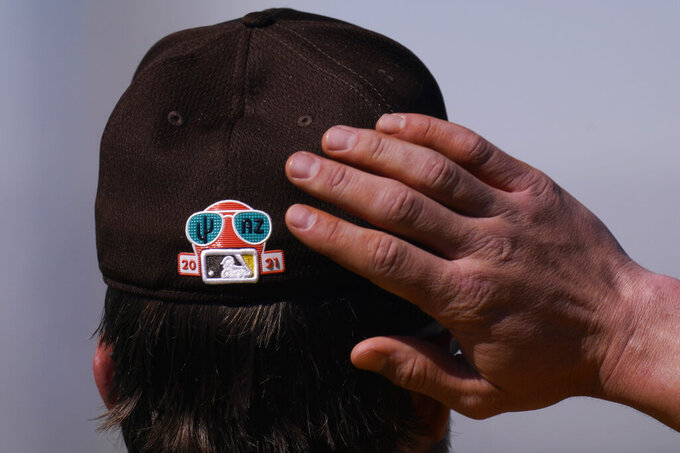 He doesn’t think San Diego is a small market, but rather views it for what it is, the eighth-largest city in the United States.

And he’s certain the Padres can handle the three nine-figure contracts they’ve doled out in the last four years.

Outsiders have questioned how the Padres will be able to afford the $340 million, 14-year contract they gave electrifying shortstop Fernando Tatis Jr. on Monday, the longest deal in baseball history. That deal comes on top of the $300 million, 10-year deal they handed slugger Manny Machado in 2019 and the $144 million, eight-year contract they gave first baseman Eric Hosmer in 2018.

After a relatively bruising two decades in which ownership wasn’t willing or able to spend on big deals, these Padres are committed to competing.

“We love this city,” Seidler told The Associated Press hours after the Padres announced the deal for Tatis, who has become one of the faces of baseball. “We want to honor the support our extraordinary fans give us.

“In 1984 and 1998, this place went crazy. And those were real teams that went to the World Series. I know we have the city’s trust and the city trusts us. We’re going to put good teams out there. From a franchise standpoint, we’re going to get support and we’re going to back it up with our actions reflective of the eighth-largest city in America.”

He and civic leader Ron Fowler headed a group that bought the Padres in 2012 from John Moores. Moores’ ownership had become tumultuous in the years after his stewardship resulted in San Diego reaching the 1998 World Series and then getting Petco Park built downtown.

In November, Fowler stepped down as executive chairman and Seidler was approved by fellow Major League Baseball owners to take over control of the team as chairman. Fowler will remain with the club in an advisory role and will continue to sit on MLB’s Labor Policy Committee.

Besides his involvement in baseball, Seidler is co-founder and managing partner of Seidler Equity Partners, whose net worth has been estimated to be $3 billion.

“We don’t need to talk about it, but we’ll let actions speak for themselves,” he said. “We’re very humble about what we’re trying to do here because it’s hard and we’re not the only team chasing the trophy. But we’re in the mix, we believe.”

Baseball is coming off a pandemic-shortened season in which Commissioner Rob Manfred said teams combined to lose $2.7 billion to $3 billion during the pandemic.

Seidler did say the Padres have set up the franchise “to be flexible so we have the opportunity to be opportunistic when it does make sense. We make decisions really with 10 years in mind, not year to year to year, although we are cognizant of the current year. I could not be happier with where we are in every way, business-wise, baseball-wise, and I’ll speak for the people of San Diego. We’re the eighth-largest city in America. There’s nothing we can’t do.”

Led by Tatis and Machado, the Padres ended a 13-year playoff drought last year and beat the St. Louis Cardinals in a wild-card round before being swept out of the NL Division Series by the eventual World Series champion Dodgers.

“Significant to all of us, is what a difference it makes for our fans to know they can go to Petco anytime we’re playing for 14 years and know they can see this remarkable talent and great person and a tough team for any other team in baseball to play,” Seidler said.

“I generally believe in business you do well when you have stability and excellence,” Seidler said.

“I think this game is only going to get better and stronger year after year after year, and the pie’s going to grow,” Seidler said. “That’s how we view things. We’re going to continue to build this franchise. I see great upside for us. Yes, I’m well aware of the things immediately in front of us with the pandemic and other things. We’re going to find ways to work through those and that’s some of the thinking behind the decisions we make here.”

The Padres have gone to the playoffs only six times in 52 seasons, reaching the World Series twice and losing it both times.

They believe they are built to go deep into October and know how formidable the Dodgers are.

“We’re not hyper-focused on any one team,” Seidler said. “We respect the heck out of what that franchise has accomplished, winning the World Series last year, winning our division for eight years in a row. Competition makes everybody better and I expect it will make us better.”

Although he was raised in a baseball dynasty, Seidler said he no longer bleeds Dodger Blue. He’s not even sure what memorabilia he has from those days.

“I’m not a keeper and a saver, so I don’t know, maybe somewhere in the dungeons of my basement there’s a ball signed by Manny Mota that I would treasure, because I love that guy,” Seidler said, referring to the famed pinch-hitter.

Seidler is focused on watching Tatis and his teammates.

“I think it’s going to play out better than some of us optimists think. We really believe in this young man,” he said.