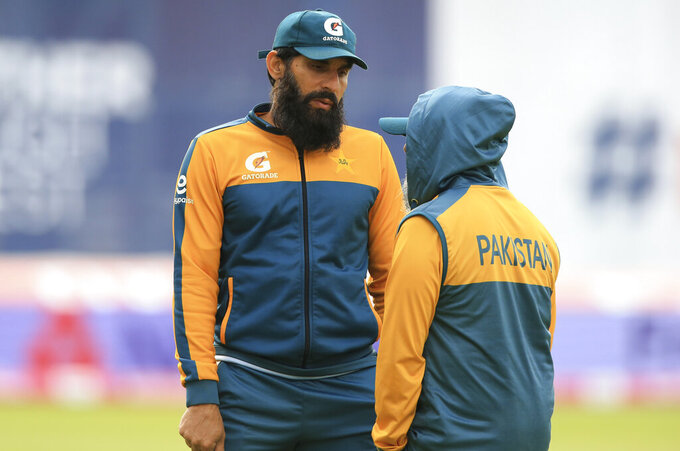 Pakistan head coach Misbah-ul-Haq claims the stringent COVID-19 protocols in New Zealand have affected his team’s preparations for this month’s Twenty20 series against the Kiwis.

Since arriving in New Zealand last month, six Pakistan players have tested positive. This has resulted in the entire 54-member squad and support staff forced into managed isolation and denied permission to train in groups.

“I want to compliment my players and the management team for their patience, sacrifices and the hardships they have endured to ensure they not only lead the safe resumption of international cricket during the COVID-19 pandemic since the series in England but also try to give their best every time they step on the field,” Misbah said in a media statement, released by the Pakistan Cricket Board on Sunday.

“Top professional athletes require a certain environment to prepare so that they can perform at the minimum expected levels every time they represent their countries.”

Misbah said that the Pakistan contingent respects and understands the New Zealand government's procedures, but “there is no denying the fact that the implementation of certain regulations has affected our athletes, both mentally and physically prior to an international series.”

However, Misbah that he's hopeful the team will move out of isolation “in the next day or two” and will focus on the challenge of facing New Zealand in the upcoming Twenty20 and test series.

The Twenty20 series begins in Auckland on Dec. 18 and Pakistan has made two changes in its 18-member squad that whitewashed Zimbabwe 3-0 at Rawalpindi last month, bringing in all-rounder Talat Hussain and former captain Sarfaraz Ahmed in place of Zafar Gohar and Rohail Nazir.

Pakistan has also named a 16-man Shaheens squad for the four-day game against New Zealand, starting in Whangarei on Dec. 17. Nazir will lead the side.

Shaheens head coach Ijaz Ahmed echoed Misbah’s comments and said that the quarantine period at Christchurch was difficult. “But instead of reflecting on the tough times, we should now start focusing on thinking about playing and performing in international cricket because that is what we have come here for.”

The PCB said that Pakistan's squads will leave for Queenstown on Tuesday after completing their 14-day isolation in Christchurch. Both squad members will stay in separate hotels and will train according to their match requirements. The Shaheens team will leave for Whangarei on Dec. 14 and the Twenty20 squad will move to Auckland on Dec. 15.