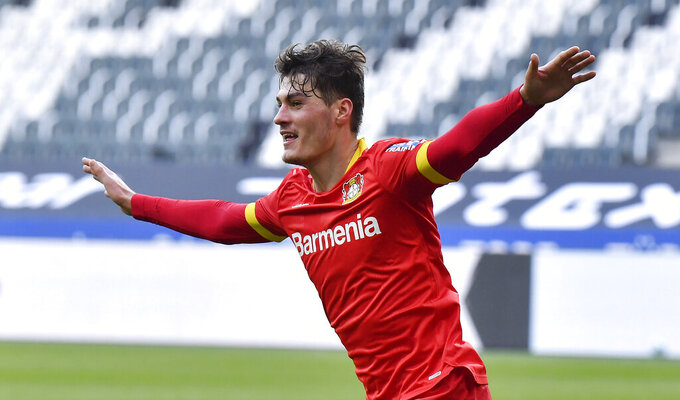 PRAGUE (AP) — Four Czech Republic players from Germany’s Bundesliga are available to play only one of the opening three qualifiers this month for the 2022 World Cup due to coronavirus restrictions.

Werder Bremen goalkeeper Jiri Pavlenka, Bayer Leverkusen striker Patrik Schick, Hertha Berlin midfielder Vladimir Darida and Hoffenheim defender Pavel Kaderabek will join the team only for the first game against Estonia on March 24 in Tallinn before returning to their clubs.

They won’t play against Belgium on March 27 in Prague and against Wales in Cardiff on March 30. The Czech Republic says the clubs requested the players return immediately after the Tallinn game so they will come out of Germany's mandatory two-week quarantine earlier.

The West Ham duo of midfielder Tomas Soucek and defender Vladimir Coufal are among the unusually high number of 27 players named for those games on Tuesday.