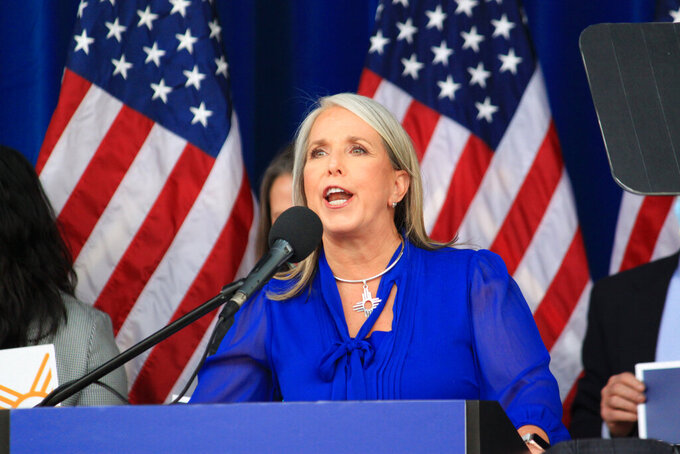 SANTA FE, N.M. (AP) — The state Supreme Court ruled Monday that there is no constitutional or statutory requirement to compensate businesses for financial losses due to emergency public health orders during the COVID-19 pandemic.

The ruling in favor of Gov. Michelle Lujan Grisham scuttles about 20 lawsuits against her administration.

The original plaintiffs argued that aggressive health restrictions from the administration constituted a regulatory taking much like the taking of land for public works projects. The governor urged the Supreme Court to block the lawsuits.

In a unanimous opinion from Justice Shannon Bacon, the court said that current public health orders “are a reasonable exercise of the police power to protect the public health.”

“Occupancy limits and closure of certain categories of businesses, while certainly harsh in their economic effects, are directly tied to the reasonable purpose of limiting the public’s exposure to the potentially life-threatening and communicable disease," the decision said.

The high court noted that the Public Health Emergency Response Act does provide for compensation for the emergency appropriation from businesses of health care supplies, a health facility or any other property.

New Mexico's emergency health restrictions have been among the most aggressive in the nation, shutting down in-person learning at K-12 schools for more than a year, intermittently closing in-person restaurant service and locking down many public venues and non-essential businesses for months on end.

At the same time, Lujan Grisham also has signed into law a variety of grants, loans and tax breaks for businesses. State finance authorities are currently fielding applications or up to $500 million in minimal-interest loans for small businesses and $200 million in development grants designed to underwrite new employment in the private sector.

A. Blair Dunn, an attorney for a coalition of small businesses ranging from an amusement park to a rural auction house, accused the state Supreme Court of overstepping its authority in denying compensation to businesses.

Oral arguments took place at the Supreme Court in January, with New Mexico mired in high infection rates as initial doses of the vaccine were deployed.