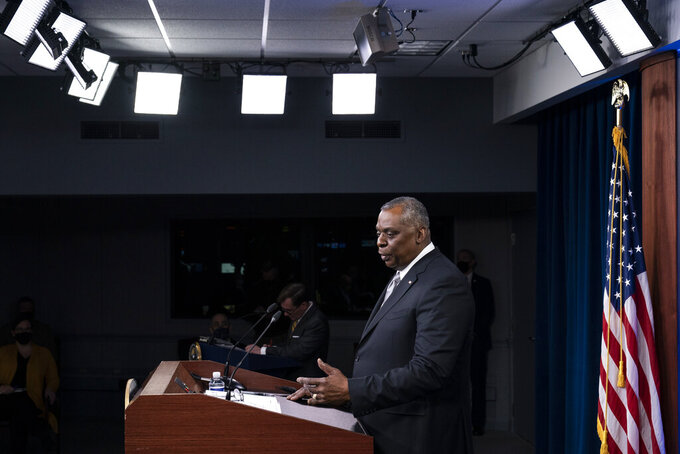 The report, which is required by law annually, comes as Defense Secretary Lloyd Austin has said that reducing sexual assault is one of his top priorities. He was recently briefed on the military service's programs to counter the problem.

“We have been working at this for a long time in earnest, but we haven’t gotten it right,” Austin said last week at his first Pentagon news conference. He promised stronger efforts.

“You can look for us to take additional steps in looking in detail at ourselves and what has worked, what hasn’t worked and what measures we need to take going forward to ensure that we provide for a safe and secure and productive environment for our teammates,” he said. “Any other approach is, in my view, irresponsible.”

Thursday's Pentagon report said the number of reported sexual assault cases at the U.S. Military Academy, the U.S. Naval Academy and the U.S. Air Force Academy fell to 129 from 149 in the previous academic year. Sexual harassment reports dropped to 12 from 17.

The report said the reason for the declines is unclear, but it noted that in-person classes at the military academies were suspended in March because of the coronavirus pandemic. Officials altered most academy activities, including holding graduations virtually and postponing commissioning ceremonies. Thus, it said, the academies offered only about three-quarters of normal levels of interaction.

Separately, an in-person survey of military academy students that is normally conducted to give the Pentagon a better understanding of the sexual assault problem and its prevalence was canceled because of the pandemic.