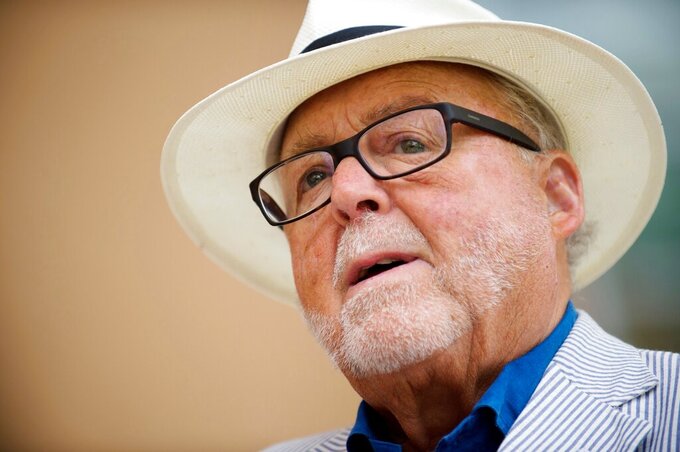 COVID-19 contributed to Secchia's death, although he had health problems for several months and was receiving care at home, said Amy LeFebre, a family spokeswoman.

Secchia spent decades at a Grand Rapids lumber and construction company, Universal Forest Products, first as a salesman and ultimately the majority owner. It went public in 1993.

He belonged to a generation of Grand Rapids business leaders that poured millions of dollars of personal wealth into the community. Secchia helped Michigan State University, his alma mater, move the School of Human Medicine to the city in a building with his name.

“We wouldn’t be on the west side of the state without the Secchia family," Dr. Norman Beauchamp Jr., executive vice president for health sciences, said in 2019.

Secchia, a New Jersey native with a boisterous, back-slapping style, was a major player in the Michigan Republican Party; the party’s headquarters in Lansing bears his name. He also was close to President Gerald Ford and President George H.W. Bush, and served as U.S. ambassador to Italy during the Bush presidency.

Secchia had a crucial role in turning an area of old gypsum mines in Kent County into the 1,400-acre Millennium Park. A statue of him, commissioned by Richard and Helen DeVos before their deaths, was unveiled there last year.

"Throughout his life, Peter was firmly committed to his family, his business, his community and his country. His presence in all will be deeply missed," wife Joan Secchia said.

Ford first met Secchia in 1964 when the future president, a Grand Rapids-area congressman, was running for re-election.

“Peter made things happen. He was bigger than life. ... Dad and mom treasured his playful sense of humor, good counsel and abiding friendship," the Ford family said in a statement.

MSU's softball stadium was named for Secchia after a $1 million donation. Basketball coach Tom Izzo noted that he often talked to Secchia about professional and personal decisions.

“We have all benefited from their generosity to Michigan State athletics, and they have helped us grow into a national power,” Izzo said of the family.