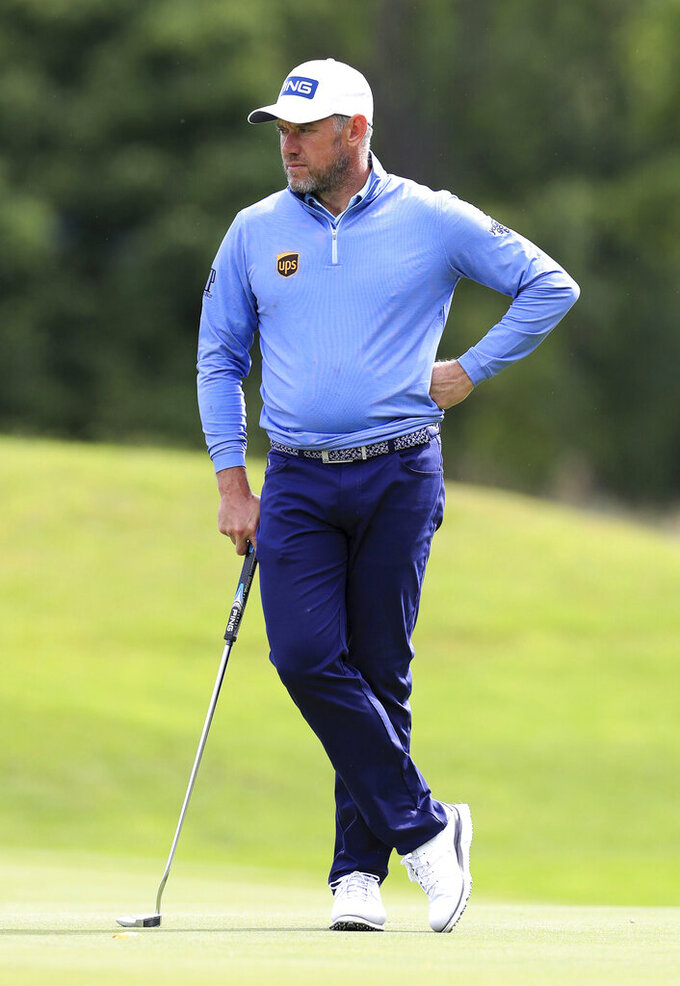 The PGA Tour enters its eighth week of its return to golf with another modification to its guidelines for positive coronavirus tests and a gradual broadening of who gets to attend tournaments.

The updates on the test protocols means the end of grouping players who have recovered from the coronavirus — or having them play alone — and excluding them from PCR testing, which detects whether a person is actively infected, for three months from when they first experienced symptoms.

The tour originally said three weeks ago, based on guidelines from the Centers for Disease Control and Prevention, that players or caddies who tested positive with symptoms could return after 10 days of isolation and at least 72 hours without a fever. CDC research indicated no instances have been determined where a virus was able to self-replicate 10 days after a positive test, although PCR tests could pick up what amounts to dead tissue and still return a positive result. People who get positive tests under those circumstances are not believed to be contagious.

As an extra layer of caution, the tour placed such players in the same group or sent them off as a single.

In a memo sent Tuesday to players, the tour said based on new CDC guidance, those who test symptomatic positive only have to be fever-free for 24 hours to return after they conclude the 10 days of isolation. It said the new guidance also recommends no more PCR testing for those players for three months.

Based on the new guidelines, the tour is doing away with what became known as the “COVID-19 groups.” For those who test positive and meet criteria to return, the tour is lifting restrictions that kept them from the clubhouse and other facilities at the course, such as the fitness trailer.

The memo said any player or caddie in this situation will meet with its medical team to make sure they fit the CDC requirements.

Meanwhile, the tour said while there will be no pro-ams or paid spectators the rest of the season that ends Sept. 7 at the Tour Championship. However, it is introducing “several small programs” that include more people at events that the tour believes “do not diminish the health and safety plans” in place.

That means players can bring a wife or significant other, but not additional family members. There will be no child-care facilities at events.

Tournaments and title sponsors will be allowed to have no more than 50 guests per day. They will be limited to specific areas, like hospitality tents or a room in the clubhouse. They will not be allowed to walk the course and must go through screening.

The tour also will allow 16 two-person groups to be “honorary observers” that walk outside the ropes.

The programs will be applied on a tournament-by-tournament basis in accordance with health guidelines for the area. It starts with the FedEx St. Jude Invitational this week. It does not include the PGA Championship next week. The Northern Trust at the TPC Boston on Aug. 20-23 has not decided whether the spouses or honorary observer program will be allowed.

The PGA Tour had its strongest fields of the year when it ended three months of being shut down because of the COVID-19 pandemic. That isn't the case with the LPGA Tour, which is more about timing and location.

The LPGA Tour ends more than five months without a tournament this week at the LPGA Drive On Championship at Inverness in Toledo, Ohio. It's a one-time event at the site of next year's Solheim Cup, featuring a 144-player field.

But it only has 134 players, a list that includes Laura Diaz, whose last full season was in 2015, and 55-year-old Kris Tschetter, who has played only two LPGA events since 2011.

The field includes American stars like Lexi Thompson, Nelly and Jessica Korda, and Danielle Kang. Missing are top players from South Korea. Jin Young Ko, Inbee Park and Jeongeun Lee6 are among those playing the Korean LPGA this week.

But while the PGA Tour is in its eighth week of a domestic schedule, the LPGA has two weeks in Ohio before it heads to Scotland for two tournaments — including its first major at the Women's British Open.

The PGA Championship tries to get at least the top 100 players in the world ranking. That won't be possible this year.

Even with quarantine regulations being relaxed for those competing in sports, Lee Westwood said he was not interested in a 12-hour flight, especially with more coronavirus hot spots breaking out in parts of America.

“I'm still more concerned that America doesn't take it as seriously as the rest of the world,” Westwood said after hosting the British Masters last week in England. “I can control me not getting the virus and take all the measures I can, but somebody might pass it on. I don’t really want to get ill with it and I’m slightly asthmatic.”

Eddie Pepperell said he wasn't interested in having to quarantine for two weeks, though that was before the rules were relaxed. Even so, he was eligible for the World Golf Championship this week in Tennessee and chose to stay home in England for the Hero Open as part of the UK Swing.

Thomas is among those who have leaned on private housing in the two months that the PGA Tour has resumed its schedule. He's in another rented house this week for the FedEx St. Jude Invitational.

“I'm definitely staying in more houses than I usually do,” Thomas said.

He has stayed with Rickie Fowler and Jordan Spieth, two of his closest friends, in the five tournaments he has played (two in Dublin, Ohio). Jason Dufner stayed with them at Muirfield Village.

“We feel better about staying in one house and having our small group of people and just bringing a chef with us,” Thomas said. “I don't go anywhere other than home and the golf course. That’s the only places I go, the only people I see.”

There was one exception. His dog, Frank, was with him at Muirfield Village.

Henrik Stenson is playing the FedEx St. Jude Invitational, meaning Adam Scott (No. 9) and Shugo Imahira (No. 50) are the only players from the top 50 in the world who have not played since the pandemic shut down golf in March. ... ISPS Handa has become the official partner of the European Tour's UK Swing and title sponsor of two events, the Wales Open and the UK Championship. ... Of the 53 stroke-play events in the World Golf Championships series that began in 1999, only seven winners have not won a major — Nick Watney, Ian Poulter, Xander Schauffele, Hunter Mahan, Craig Parry, Hideki Matsuyama and Russell Knox. ... The 20th anniversary of the Dunhill Links Championship will have to wait until next year. The European Tour’s version of the Pebble Beach Pro-Am, scheduled for the first week in October, has been canceled this year because of the COVID-19 pandemic and the logistics involved with 168 players and 168 amateurs over St. Andrews, Carnoustie and Kingsbarns.

Of the 24 players who reached No. 1 since the world ranking began in 1986, Jon Rahm is the sixth to get there before winning a major. The others were Ian Woosnam, Fred Couples, David Duval, Lee Westwood and Luke Donald. Woosnam, Couples and Duval each later won a major, while Westwood and Donald have not.