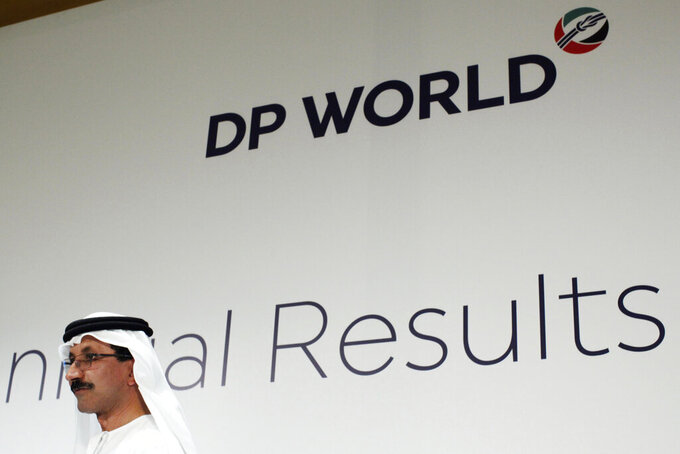 The port operator, which delisted from the stock exchange and returned to full state-ownership last June, stressed that it defied analysts’ low expectations for global trade over the difficult period. The maritime firm, one of the world’s largest, has faced various challenges with the virus surging, regional tensions rising and trade wars continuing.

In its annual report, DP World said its revenue in 2020 climbed 11% to $8.53 million, a rise it attributed to a year of acquisitions. DP World reported revenues of $7.68 billion and profits of $1.19 billion in 2019. The port operator’s delisting from the stock exchange came as its parent company, Dubai World, sought to repay more than $5 billion to banks.

The company also plans a joint bid with an Israeli port operator for Israel’s newly privatized Haifa Port, following a breakthrough deal to normalize relations between the countries. In a press conference Thursday, Sultan Ahmed bin Sulayem, DP World’s chairman and CEO, told reporters the company aims to invest in other key Israeli seaports, including in the southern cities of Ashdod and Eilat.

DP World now operates in 61 countries along some of the world’s busiest shipping routes, from Brisbane, Australia, in the East to Prince Rupert, Canada, in the West. The company has aggressively extended its reach up the Horn of Africa, positioning the United Arab Emirates as one of the main foreign players crowding into the strategic Red Sea. In past years, the push has helped the country wield soft power in the region as it builds up military bases.

Bin Sulayem said he expects to see global trade rebounding in 2021, encouraged by the promise of lifted lockdowns, COVID-19 vaccination campaigns as well as more equitable trade policies from the new U.S. administration.

“The geopolitical issues are much less than during the Trump administration … the new administration is in consultation with trading partners in a better way to resolve any issues," he said. “The outlook this year looks good."