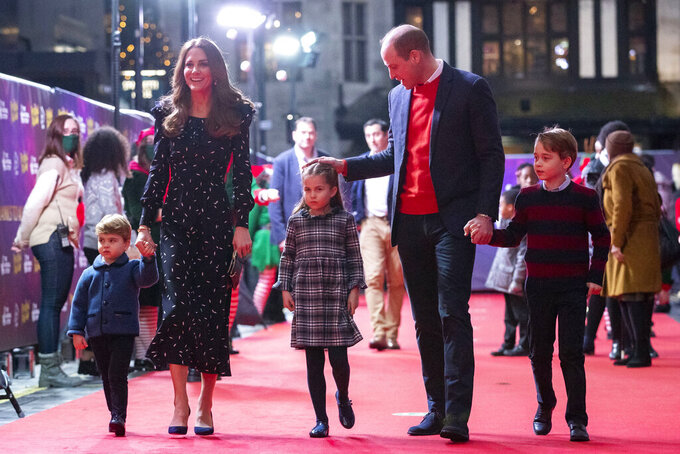 Britain's Prince William and Kate, Duchess of Cambridge talk to Dom Warren and family, the founder of Dom's Food Mission, as they attend a special pantomime performance at London's Palladium Theatre, Friday Dec. 11, 2020, hosted by The National Lottery, to thank key workers and their families for their efforts throughout the COVID-19 pandemic. (Aaron Chown/Pool via AP) 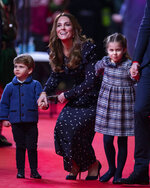 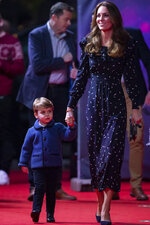 LONDON (AP) — Britain's Prince William and his family attended a Christmas show in London on Friday night, where he paid tribute to medical staff and other frontline workers for their efforts during the pandemic.

William, his wife Kate, and their three children, Prince George, Princess Charlotte and Prince Louis, watched a traditional British pantomime performance at the Palladium organized to thank the city's essential workers and their families.

It was the first time the family of five has appeared together at a “red carpet" event.

William noted the contributions of health service staff, teachers, emergency services workers, and researchers, among others.

“You have given your absolute all this year, and made remarkable sacrifices,” he told the audience before the show began.

Earlier in the week, the couple took a three-day train tour of Wales and Scotland to spread Christmas cheer and thank frontline workers there for their hard and dangerous work. However, they received a frosty welcome from leaders in those regions, with one Welsh official saying he would rather “no one was having unnecessary visits” during the coronavirus pandemic.