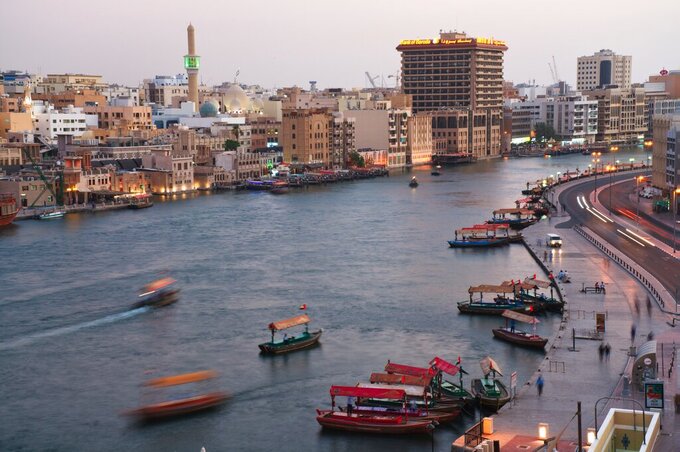 DUBAI, United Arab Emirates (AP) — International port operator DP World said on Wednesday profits were down 56% for the first half of the year, with earnings sliding to $333 million as coronavirus lockdowns and a global recession impact trade around the world.

The Dubai state-owned company's $420 million dollar drop in profits for the period between January to June was due largely to a decline of nearly 4% in container volume at DP World ports.

“The COVID-19 outbreak has undoubtedly resulted in one of the most challenging periods in the history of our industry,” DP World Group Chairman and CEO, Sultan Ahmed Bin Sulayem, said in a statement.

Already, full-year profits had fallen by more than 8% to $1.2 billion last year amid trade wars and other disruptions.

Meanwhile, revenue for the first half of 2020 grew 18% to $4.1 billion from $3.5 billion during the same period in 2019. The company said growth was supported by acquisitions.

DP World said that while the outlook for the rest of the year remains uncertain, trade is expected to recover when economies around the world re-open.

The company operates across 51 countries around the world ranging from Brisbane, Australia, in the East to Prince Rupert, Canada, in the West.

The company said volumes in Europe reflected the severity of government lockdowns there to try and contain the virus. Container volume globally is expected to drop by 8-10% this year.

Early this year, DP World de-listed from the Dubai stock exchange, returning the company to full state-ownership in a move to help the Dubai government’s investment company repay more than $5 billion to banks. Parent company, Port and Free Zone World, acquired 20% of shares not already owned for $2.7 billion.