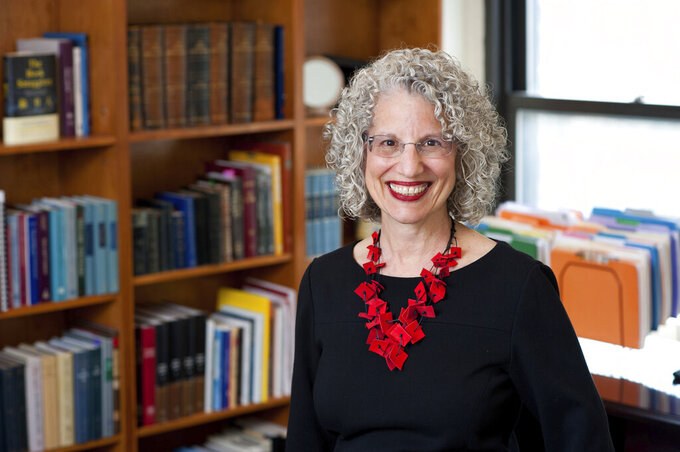 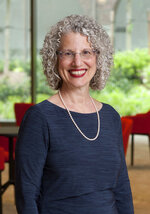 NEW YORK (AP) — The Jewish Theological Seminary, the preeminent institution of higher learning for Conservative Judaism in the United States, announced the appointment of Shuly Rubin Schwartz on Monday as its eighth chancellor and the first woman to hold the post in its 134-year history.

An expert on Jewish American history, Schwartz has been affiliated with the New York-based seminary for three decades, most recently in a two-year stint as provost and previously as dean of its undergraduate dual-degree program with nearby Columbia University and Barnard College.

As provost, Schwartz was instrumental in guiding a transition to remote learning as in-person classes were canceled due to the coronavirus pandemic.

She told The Associated Press that a task force at the seminary is working on plans for the fall and she expects there to be a mix of continued virtual teaching and some on-campus activities at the roughly 370-student institution.

“Thankfully, with a school of our size, we can be more nimble,” she said.

Schwartz marveled at the ability of videoconferencing technology to reach large academic audiences.

“But there’s also Zoom fatigue,” she said. “It’s reminding all of us how much an in-person community matters.”

Schwartz was among the first women on the seminary’s faculty and was instrumental in establishing gender studies at the institution.

The seminary did not start ordaining women as rabbis until the mid-1980s, but Schwartz noted that it admitted the first woman to its academic programs in 1902: Henrietta Szold, founder of the Jewish women’s volunteer organization Hadassah, who took classes in advanced Jewish studies at a time when the rabbinic school was for men only.

Schwartz has taught as a professor of American Jewish history, focusing on modern Jewish life and Jewish gender studies. Her book “The Rabbi’s Wife,” an examination of the role of rabbis’ spouses in the development of American Jewry, won the National Jewish Book Award.

Schwartz said four generations of her family have attended the seminary, including her grandfather, both her parents, her late husband and her son.

She will assume her new post July 1, replacing Arnold Eisen, who plans to join the seminary’s faculty after a yearlong sabbatical.