Quarantine a small price to pay for Australian in Venice 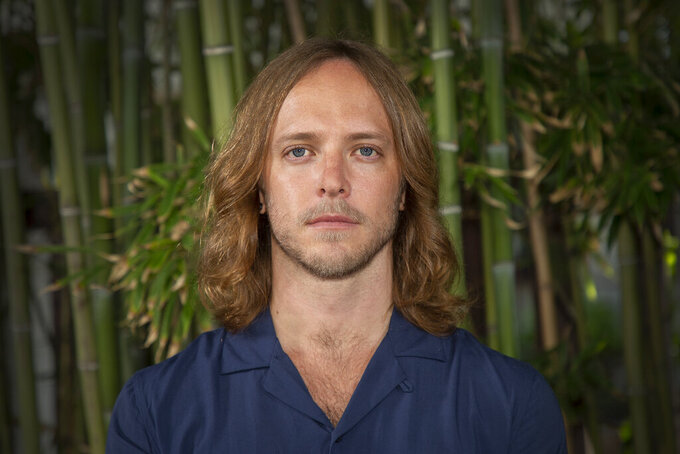 Director Roderick MacKay poses for portrait photographs for the film 'The Furnace' during the 77th edition of the Venice Film Festival in Venice, Italy, Saturday, Sept. 5, 2020. MacKay had to get government approval to leave Australia and will spend a total of a month in quarantine because of coronavirus precautions but says it's a small price to pay to bring his first feature film to Venice. (Photo by Joel C Ryan/Invision/AP) 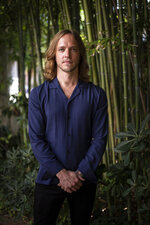 VENICE (AP) — Roderick MacKay had to get government approval to leave Australia, spent two weeks in preventive coronavirus quarantine in Rome and will be locked up in a hotel back in Australia for another two weeks upon his return.

But the 33-year-old director says it’s a small price to pay to get his first feature film,“The Furnace,” to the Venice Film Festival — especially after it took six years to make.

“The Furnace” explores a forgotten aspect of the 19th century west Australian gold rush, when Muslim and Sikh camel handlers from India, Afghanistan and Persia — Iran's former name — were brought in by the British colonizers to help open up the Outback, many essentially working as indentured laborers.

“The Furnace” follows the story of a young Afghan cameleer played by Egyptian actor Ahmed Malek, who is led astray from his friendship with local Aboriginal people by a shifty gold prospector.

“It’s shining a light on a little known chapter of our history and representing community groups who have not really been represented in Australia’s history,” MacKay told The Associated Press. “And so I think on the basis of that, that was really the thing that compelled me to come here and do my bit to represent the film.”

That was no easy feat given the coronavirus pandemic and the lockdown of MacKay’s hometown of Perth, in western Australia, as well as Italy’s restrictions on travelers coming from outside Europe.

MacKay had to get federal government approval to leave the country, and successfully made the case that “The Furnace” was the only Australian official selection at Venice, where it is screening in the Horizons section for new talent.

“It turns out, we’re kind of representing the country,” he said. “So luckily, or thankfully, they considered that to be a worthy enough cause.”

Upon arrival in Italy, MacKay quarantined at a Rome apartment for two weeks, people-watching from the rooftop terrace, preparing for the festival and watching movies, including Ridley Scott’s “Gladiator” to “get in the vibe, in the zone” of Rome.

Now at Venice, he is overwhelmed: MacKay had only previously made two short films before “The Furnace,” which he conceived of when researching the western Australian gold rush in 2014.

“It’s taken me six years to get this project off the ground. So a month in quarantine, really in the scheme of things, is kind of a small blip in the time that I’ve taken from my life to realize this project,” he said.

After Venice, he retraces his steps back to Perth, where a government-appointed hotel quarantine awaits him.

“Not ideal, but we understand that it’s necessary in these times,” he said. “And hey, perhaps it’ll be a nice sort of two-week window to just process everything that we’ve been up to here in this extraordinary time.”

The festival, the first major in-person cinema showcase after COVID-19 locked down the film industry, wraps up on Sept. 12. In addition to the Horizons competition, 18 films are competing for the Golden Lion in the main selection.