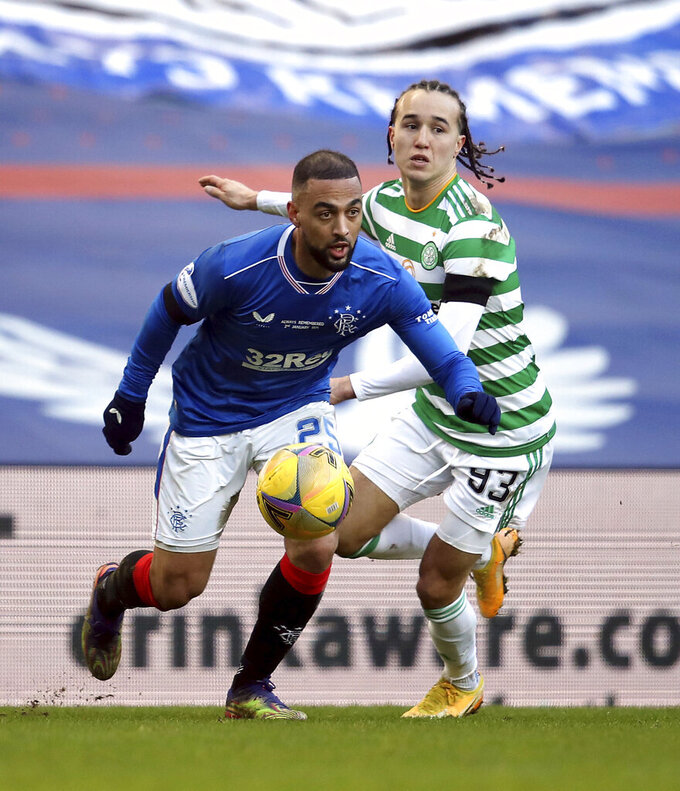 A tale of two McGregors came together to extend the Light Blues’ lead at the top of Scotland's Premiership division to 19 points. The result placed Neil Lennon’s future as Celtic boss in fresh doubt.

It might have been a different story had Gers keeper Allan McGregor not pulled off three world-class saves, including brilliant finger-tipping Leigh Griffiths’ strike onto the post.

Celtic was unable to capitalize on a dominant first half. The visitors left themselves vulnerable to a sucker punch and so it proved after the break. Callum McGregor put the ball into his own net just seven minutes after Nir Bitton had been sent off.

Lennon’s team still has three games in hand and two Old Firm games in which to claw themselves back into the title race but it looks increasingly likely this will be Rangers’ year.

There was a brief angry exchange between Lennon and the Rangers bench after Alfredo Morelos planted his studs onto Jeremie Frimpong’s foot.

Rangers got a massive helping hand on 63 minutes when Bitton got his marching orders after tugging back Morelos as the Colombian looked set to dart onto a pass in behind.

The final whistle brought a firework display from jubilant Rangers fans outside the ground — and a snarl from Lennon as he came head to head with Gers technical coach Tom Culshaw before being led down the tunnel.

Gerrard had urged Rangers fans to stay away on Saturday as the club marked the 50th anniversary of the Ibrox disaster.

The coronavirus pandemic saw Gers chiefs planning a scaled-back tribute to remember the 66 fans who lost their lives in a crush on Jan. 2, 1971.