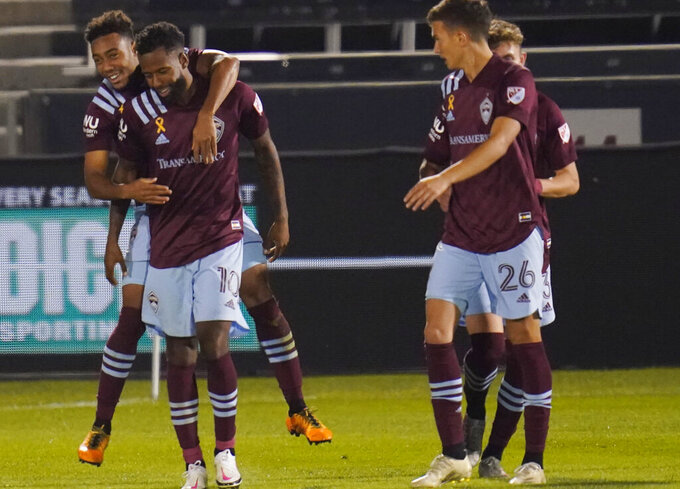 Colorado's MLS game against Sporting Kansas City has been postponed after a Rapids player and three staff members tested positive for the coronavirus.

FC Cincinnati also announced that an unidentified player had tested positive and was in isolation. Defender Nick Hagglund later confirmed via social media that he contracted COVID-19.

Hagglund was tested Thursday at training and later that night developed symptoms. He said his wife's test was negative and they are closely monitoring their daughter.

“I am isolated away from them in our home while they also quarantine. We, as a family, have been vigilant in wearing masks, washing hands, and limiting our contact with others. Please let our circumstances be a swift reminder that this virus is real and still present,” he wrote. “Please continue to take steps to mitigate the risk to yourself and your community. Wear a mask. Wash your hands. Do not go out if you don’t need to.”

The Rapids suspended training while the player and staff members who tested positive were isolated. They were not identified. The team has conducted additional testing and contact tracing.

The match between the Rapids and Sporting in Commerce City, Colorado, originally scheduled for Sunday, is the first game to be postponed because of positive COVID-19 cases since the teams returned to play in their local markets following the MLS is Back tournament in Florida.

The match has not yet been rescheduled.

Cincinnati's match against NYCFC set for Saturday night at Red Bull Arena was not postponed.

It is the first time that a Cincinnati player has been confirmed as positive. The team said all other players and staff members had negative results.