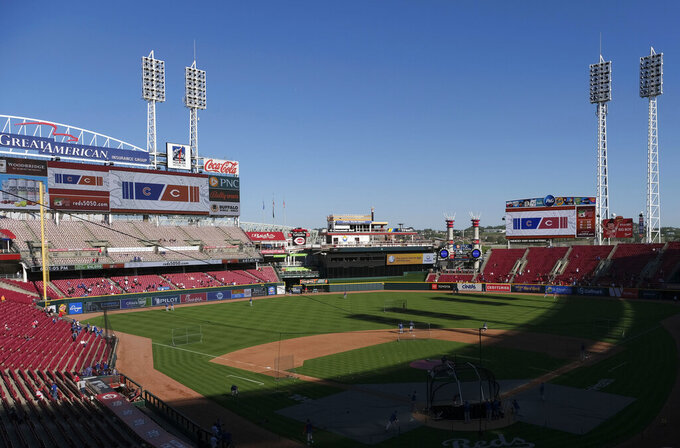 Fans watch players warm up for a baseball game between the Chicago Cubs and the Cincinnati Reds at Great American Ball Park in Cincinnati on Friday, April 30, 2021. (AP Photo/Jeff Dean)

NEW YORK (AP) — The Cincinnati Reds will move to 100% capacity at Great American Ballpark on June 2, and the Colorado Rockies will increase capacity to 70% at Coors Field on June 1.

Only Texas among the 30 major league teams began this season at 100% after fans weren't permitted last year because of the coronavirus pandemic.

In addition, the New York Yankees and Mets are allowed by New York State to go to 100% capacity starting May 19 but only for sections with vaccinated fans.