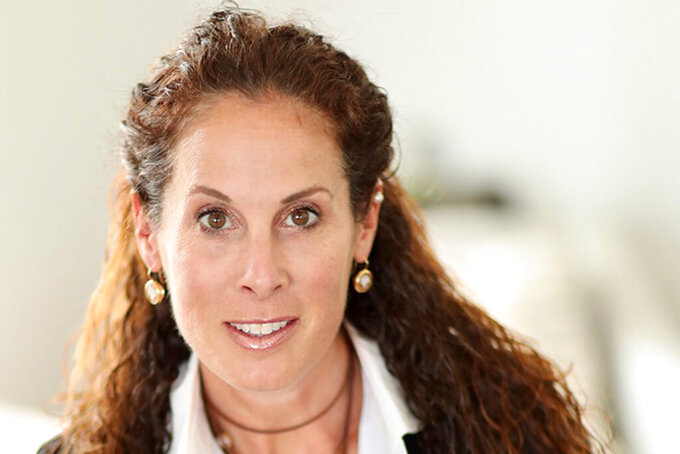 Reps. Rosa DeLauro and Jahana Hayes, the most senior and junior members of Connecticut's all-Democratic delegation to the U.S. House, are facing not only anonymous internet antagonists, but also aggressive Republican challengers in the 2020 election.

The two have several advantages in the Nov. 3 election, given the political makeup of voters in the districts and enthusiasm among many Connecticut Democrats to defeat President Donald Trump.

None of the state’s five House races has been targeted by the National Republican Campaign Committee as prime pickup opportunities. But Republicans still see each race as an opportunity to win a congressional seat for the first time since former GOP Rep. Chris Shays was defeated in 2008 by Democratic Rep. Jim Himes in the 4th District in southwestern Connecticut.

DeLauro, who's seeking a 16th term, is running TV ads for the first time in years as her newcomer opponent has spent hundreds of thousands of dollars on television spots. And Hayes, who's seeking a second term, is facing a former federal prosecutor who has tried to link her to “extreme Far Left Democrats” and garnered local police union endorsements throughout the 5th District in northwestern Connecticut.

“People are ready for a change and they’re ready for a new perspective and they’re ready for someone who’s going to work hard for them as they will for themselves,” said Margaret Streicker, a political newcomer and real estate executive who is challenging DeLauro. The veteran congresswoman has won reelection in the 3rd Congressional District in south-central Connecticut by garnering, on average, about 68% of the vote over the past five elections.

This election year has been more contentious for DeLauro, however. Besides fending off Streicker's ads, which accuse the Democrat of “pulling strings to make her family rich" — a claim DeLauro vehemently denies — the congresswoman was the subject of a doctored photo that depicted a Christopher Columbus statue in New Haven holding her decapitated head.

Meanwhile, in the 5th Congressional District, Hayes, the first Black woman to represent Connecticut in Congress, had an online campaign event disrupted by people calling her racist slurs.

Both Streicker and Hayes' challenger, David X. Sullivan, condemned each of the incidents involving their respective opponents.

DeLauro called the photo “a direct incitement to violence" and blamed Trump for fostering such a culture. DeLauro said she also sees similarities between Trump and Streicker, both real estate developers in New York City who had issues concerning rent-stabilized apartments and other tenant matters.

In 2015, the New York attorney general reached a settlement with Streicker and Newcastle Realty Services LLC, and their affiliate 101 West 78th Street LLC, in which they agreed to pay $1.2 million to New York City to compensate for the loss of five rent-stabilized apartments due to prohibited buyout agreements with tenants. They did not admit guilt as part of the settlement.

DeLauro, who accused the Republican of being a “slumlord" in a news release, has run ads defending her record while going after Streicker's.

DeLauro said in an interview with The Associated Press that she hasn’t run a paid TV ad since her first two campaigns for Congress. Yet Streicker said DeLauro has been “factually inaccurate” and accused the veteran congresswoman of waging a “really negative campaign” because “she’s desperate and so this is what desperate people do.”

One of Streicker’s ads claims DeLauro’s family benefited from millions in government contracts, an apparent reference to pollster Stanley Greenberg, DeLauro’s husband, even though his name is not mentioned. It also claims DeLauro “bought off White House officials with a free apartment.”

In a letter sent to Connecticut TV stations disputing the ad, an attorney for the campaign noted that Greenberg’s company has no government contracts and that the “free apartment” was DeLauro’s basement guest bedroom, where she allowed longtime family friend Rahm Emanuel to stay while he was a fellow member of Congress, as allowed under House ethics rules.

Meanwhile, Hayes, who contracted COVID-19 during the campaign, has vastly out-fundraised Sullivan. As of Sept. 30, she had amassed more than $1.8 million, compared with Sullivan's $339,338. Sullivan has been more successful than his other fellow GOP contenders.

Justin Anderson, a lieutenant colonel in the Connecticut Army National Guard, had raised $66,100 as of Sept. 30, about half of it his own money, in his challenge U.S. Rep. Joe Courtney in the 2nd District in eastern Connecticut; wealth manager Jonathan Riddle raised more than $28,000 in his challenge of U.S. Rep. Jim Himes in the 4th District; and West Hartford Town Councilor Mary Fay raised more than $25,000 in her bid against U.S. Rep. John Larson in the 1st District in north-central Connecticut.

Sullivan has managed to line up endorsements from about a dozen police unions and organizations, some of which don't traditionally back political candidates in elections. The 30-year former prosecutor has portrayed himself as a law-and-order candidate and criticized Hayes for comments she made during an interview about demonstrations after the recent police killings of Black people, saying, “all of the riots are not violent."

Hayes, who is married to a police detective, has said she misspoke during the interview and that she supports proposed federal legislation she said was crafted in consultation with police officers and police chiefs.

“We have to rebuild the trust that has been broken in our communities,” she said during a recent debate. “And that can happen while also supporting law enforcement.”