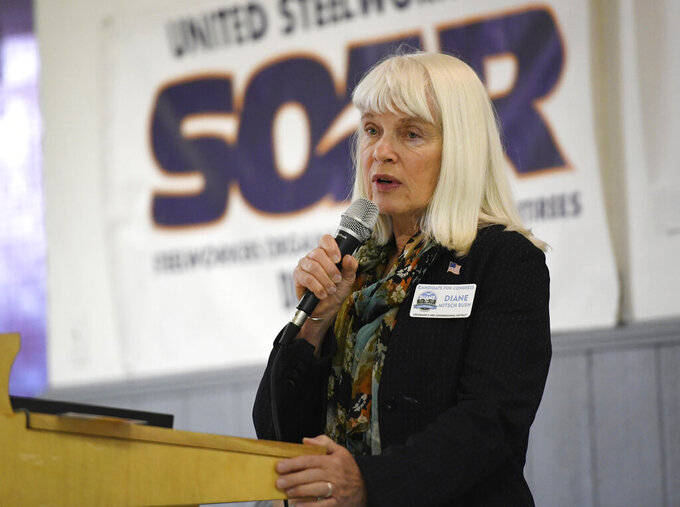 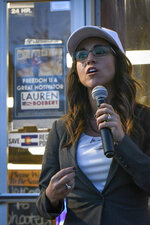 Boebert, a gun rights activist and and owner of an open carry restaurant in western Colorado, attracted national attention in the June primary with her stunning upset of five-term Republican Rep. Scott Tipton.

Last year, she attended a Denver-area rally by then-Democratic presidential candidate Beto O'Rourke to tell him “Hell, no” to his platform to confiscate some assault-style firearms.

Boebert will be the first woman to represent the 3rd Congressional District, a swath of western and southern Colorado that includes the old steel city of Pueblo and the Republican stronghold of Mesa County. Its economy is built on oil and gas production, mining, ranching and tourism.

“I am proud to announce that I am the first mom to represent Colorado’s Third Congressional District," said Boebert in a victory statement late Tuesday from her Shooters Grill in the town of Rifle before the race was called.

Boebert has four children and frequently cited her up-from-the-bootstraps personal story — including a childhood spent in poverty and the independence she said she felt after receiving her first paycheck as a teen at a McDonald's restaurant.

She traveled thousands of miles to campaign, insisting at rallies that “ordinary citizens” like herself should replace career politicians in Washington.

In her victory speech, she said "it is time that the citizens rise up and do their part to serve their country,” Boebert said.

“I’m a mom, I'm a business owner, I'm an ordinary average citizen just like all of you, and we’re tired of politicians — we’re fed up with it," she said.

Boebert added that her supporters "want their government small and their freedom really big.”

Mitsch Bush in a statement early Wednesday conceded, saying “the voters have spoken."

“We are all in this together. Together we will reclaim our democracy, recover from COVID, and build our communities better so that everyone can thrive and succeed.," she said.

Sporting a Glock pistol strapped to the hip, she defended gun rights and blasted what she calls a Democrat plan to strip away Americans’ freedoms under the guise of controlling the coronavirus and expanding public health care.

In her second run for the seat, Mitsch Bush largely ran a Zoom campaign to connect with supporters and emphasize the dangers of the pandemic, which has claimed more than 1,900 lives in Colorado.

She stressed her bipartisan record in the statehouse and as a former commissioner in Steamboat Springs’ Routt County. She defended the Affordable Care Act, which she said protects more than 300,000 people in her district with pre-existing conditions.

Mitsch Bush insisted Boebert would do away with those protections without offering an alternative in a district with some of the highest health insurance premiums and fewest insurers in the country.

Mitsch Bush called Boebert short on policy and big on celebrity. In the campaign’s latter stages, she won an endorsement from Russ George, a former Republican state House speaker from the district.

Boebert insisted her opponent’s support for green energy would eliminate thousands of oil and gas industry jobs (Mitsch Bush said she supports a long-term transitional strategy). Boebert also openly distrusts the news media and insists a “deep state” has it in for Trump.