Russia to play France for women's handball gold at Olympics 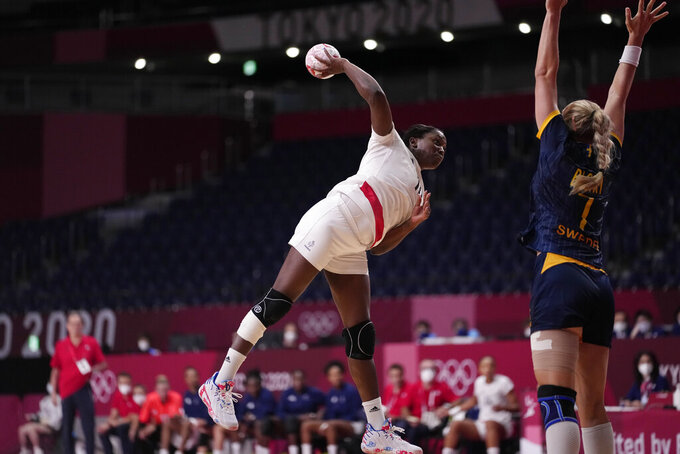 The Russian team beat Norway by one goal in the semifinals of the Tokyo Olympics on Friday to set up a gold-medal game against France. That’s exactly what happened five years ago at the Rio de Janeiro Games.

Unlike in 2016, this time the Russians — now rebranded as ROC, short for Russian Olympic Committee — didn't need overtime to beat Norway, but it was close in the 27-26 win.

The Russians restricted Norway's scoring chances and took advantage of wayward Norwegian shooting to open up a 22-16 lead with 18 minutes to go, but Norway fought back to ensure a tense finish. Anna Vyakhireva had nine goals for the Russians and Nora Mork was top scorer with 10 goals for Norway. No other player scored more than four.

That sets up a final Sunday against France, the opponent that Russia beat 22-19 for the gold medal in Rio. France came through its semifinal game Friday 29-27 against Sweden with seven goals from Grace Zaadi Deuna.

“Now we know what to expect about the final because I think in Rio — and it’s not an excuse — we were very happy because we were sure to have a medal. Now we are not like this," Zaadi Deuna said. “Here it was a goal for us to get the gold medal, and so we are happy because it is difficult, the way to get there, but we are just focused to get this medal.”

France has a shot at being the first country to win the men's and women's handball tournaments at the same Olympics since Yugoslavia did it at the 1984 Los Angeles Games.

The French men play Denmark in their final on Saturday. That's also a repeat of the 2016 final, which was won by Denmark.