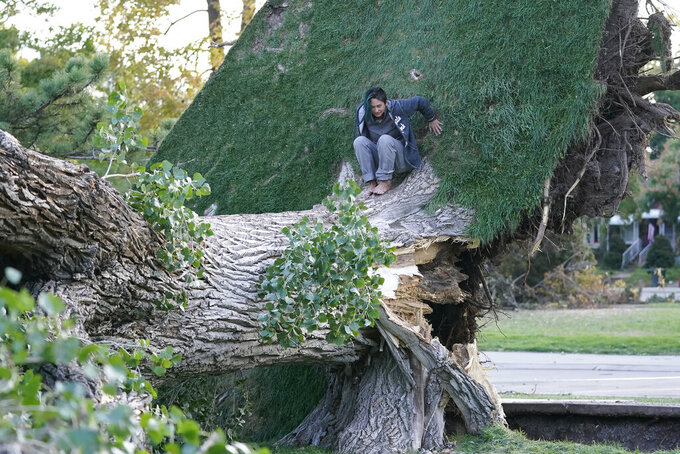 The storm knocked down trees and caused significant damage from Salt Lake City to Logan on Tuesday. Gov. Gary Herbert declared a state of emergency Wednesday as the state and residents continue clean-up efforts.

The Salt Lake City school district was supposed to begin classes virtually on Tuesday when wind gusts of nearly 100 miles per hour (160 kilometres per hour) roared through the city. The district had already delayed classes two week because of the coronavirus pandemic.

Nearly all of the district's schools have power, but some neighborhoods are still experiencing outages so many students weren't able to log on. Salt Lake is the only district in the state that is solely offering remote learning this fall.