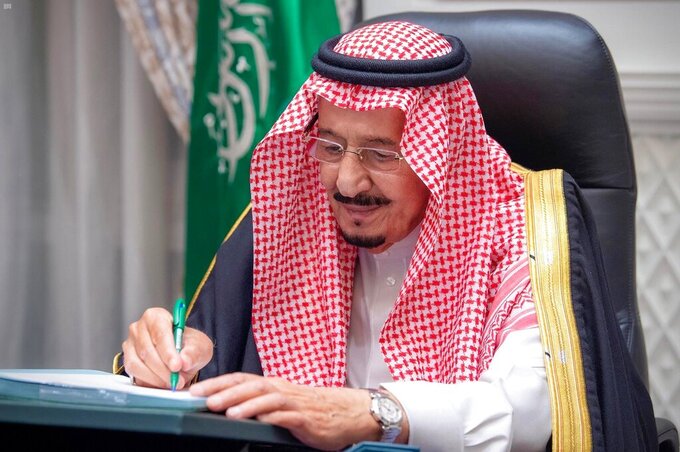 The kingdom expects its deficit to hit $79.4 billion this year, according to a government budget statement released late Tuesday, an estimated 12% of the country’s gross domestic product. By slashing spending to $264 billion next year, it hopes to bring its deficit down to 4.9% of the country’s economic output.

For the first time, the budget did not offer a breakdown for oil and non-oil revenue because the kingdom’s oil giant Aramco floated a sliver of its shares on the Saudi stock market last year, said Finance Minister Mohammed al-Jadaan. Disclosing revenue forecasts could shed light on the billions of dollars in dividends the state-owned company continues to pay to shareholders despite a steep fall in revenue. Almost all of the dividend money goes to the company’s majority owner, the Saudi government, to help cover state spending.

Saudi Arabia has been grappling with a budget deficit since oil prices first plunged in 2014. For years it increased public spending, drawing from robust fiscal reserves to cushion the impact of austerity measures like new taxes and subsidy cuts. With crude prices crashing to some $40 a barrel as the virus cut demand, the kingdom has accelerated its shift away from spending and taken more drastic measures, tripling its value-added tax to 15% and stripping allowances for state workers.

Even as coronavirus vaccine trial results have nudged oil prices up toward $50, stoking hopes of economic recovery, the kingdom’s planned 2021 budget cuts signal that petrostates in the region will still struggle to balance their budgets as prices remain depressed.

The country’s break-even oil price for next year’s budget is $67.9 barrel, according to the International Monetary Fund, far higher than current sales prices. State revenues are only expected to rise some 10% next year to some $226 billion.

Still, al-Jadaan struck a cautiously optimistic tone, saying that the country’s flush reserves allow it to “face the crises the world is currently witnessing” and that the “pace of growth will accelerate with the demise of the pandemic, especially with the adoption of the vaccine, and things will return to normal.” The finance ministry projects GDP to grow 3.2% next year, after the Saudi economy shrank 5.4% amid the pandemic according to the IMF.

The annual Saudi budget is watched closely because it offers one of the clearest indicators of whether the kingdom is on track with its Vision 2030 plans, Crown Prince Mohammed bin Salman’s blueprint to diversify the economy away from oil by building up tourism, entertainment and mega-projects like Neom, a futuristic city in the desert.

Prince Mohammed said Tuesday that the kingdom is pressing ahead with its Vision 2030 projects and tapping the Public Investment Fund to pump billions into the economy and create jobs. Unemployment in the kingdom exceeded 15% this year, according to the country's statistic agency.