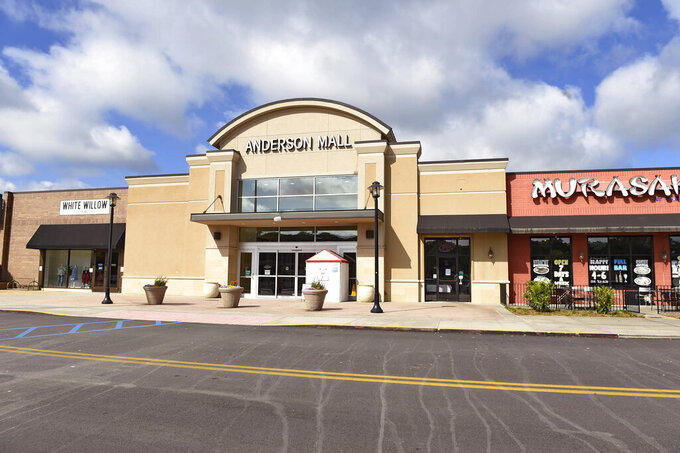 COLUMBIA, S.C. (AP) — South Carolina's unemployment system has mostly weathered the first part of the COVID-19 storm as more than 500,000 people have filed claims in the nine weeks since the virus partially shut down the state, the leader of the state's jobless agency said.

But the next step might be harder — finding jobs for as many of those people as possible, Department of Employment and Workforce Executive Director Dan Ellzey said Thursday.

“We’ve been through a lot. But we know the second part of the challenge is on the way," Ellzey told the state Senate's Reopen South Carolina Committee.

Just under 30,000 people made unemployment claims for the week ending May 16, the state jobless agency reported. In the nine weeks since the COVID-19 shutdown, more than 515,000 people have said they lost their jobs.

Thursday's weekly jobless figures were the smallest since the virus devastated the economy, just behind the 31,000 claims filed during the week of March 21, the first week of the crisis. But it still dwarfs the 2,000 claims made the week before the shutdown started.

“This is not a regular recession. This is an absolute train wreck,” Ellzey said.

Ellzey said he worries South Carolina may struggle to bounce back because many businesses, from manufacturers to fast food restaurants, are looking at replacing employees with technology to perform tasks such as taking orders.

“Every employer who can electronically replace an employee is going to do it," Ellzey said.

South Carolina has distributed more than $1.3 billion in unemployment benefits since the virus shutdown started. That includes both state and federal money, officials said.

An emergency state group charting South Carolina's reopening plans to suggest to the Legislature that the state set aside $500 million of nearly $1.9 billion in COVID-19 relief money to replenish the unemployment trust fund.

That fund is at $900 million now, but is being drained fast, officials said.

The agency was given $14 million in federal money to deal with claims. It has already spent nearly $12 million, hiring 600 people temporarily at $23 an hour to handle the crush in claims, Ellzey said.

“The rest of it is heading out the door right now,” Ellzey said.

Also Thursday, the president at the University of South Carolina told trustees he expects a 10% drop in the number of students in the fall. The school has about 35,000 students.

University President Bob Caslen's predictions did not include how much money the school expects to lose. Caslen, along with football coach Will Muschamp, women's basketball coach Dawn Staley, men's basketball coach Frank Martin, athletics director Ray Tanner and several other senior officials are taking 10% pay cuts to help with the budget.

Nearly 9,400 cases of the coronavirus have been confirmed in South Carolina and at least 416 deaths, according to an update Thursday from the state Department of Health and Environmental Control.

For most people, the coronavirus causes mild or moderate symptoms, such as fever and cough. But for others, especially older adults and people with existing health problems, the virus can cause severe symptoms and be fatal.