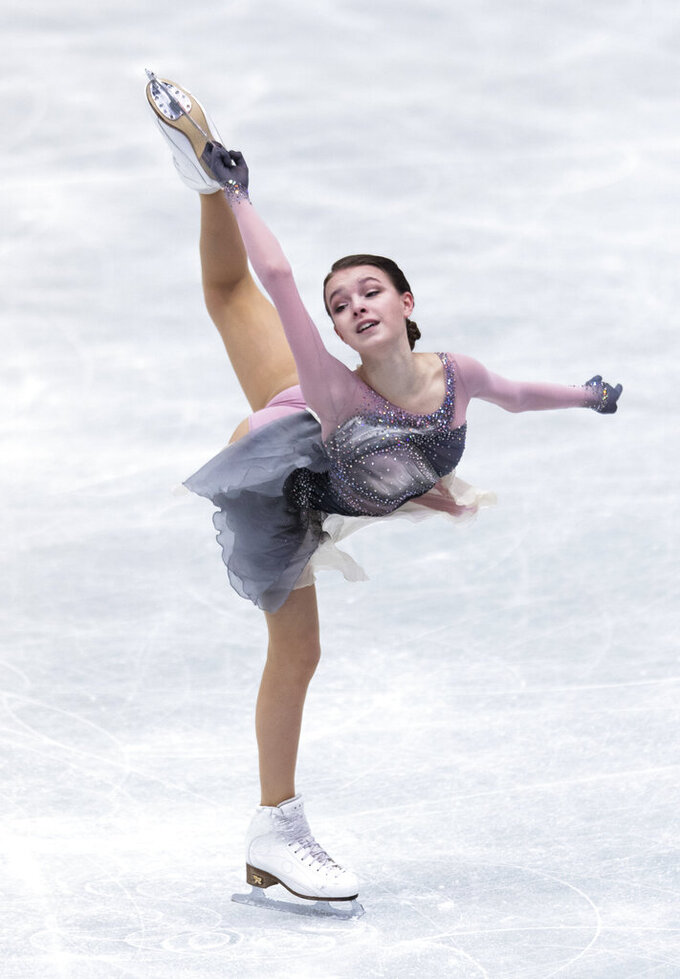 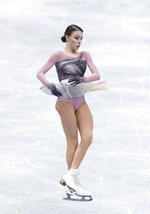 First after the short program, the 17-year-old Shcherbakova opened with a quadruple flip and followed with a triple flip-triple toe loop combination en route to a score of 160.58 points.

Japan’s Kaori Sakamoto moved up to second place with 150.29 points after an impressive Matrix routine that included five triple jumps.

The result of the women’s free skate ensured Russia, with 125 points, would win its first World Team Trophy. The United States — the defending champion — was second with 110 followed by Japan with 107.

Only the United States and Japan have won previous World Team Trophy competitions, first held in 2009. Team USA has four victories and Japan has two.

"To finally be in first place means a lot to us,” Tuktamysheva said. “This is a little practice (for) the Olympic Games. It is important to have World Team Trophy before the Olympic Games, now we know what to do."

Teams from Japan, the United States, Canada, France, Russia and Italy competed. Italy was fourth with 72 points followed by France with 67 and Canada with 57.

Anastasia Mishina and Aleksandr Galliamov of Russia won the pairs free skating with 151.59 points. Alexa Knierim and Brandon Frazier of the United States were second with 133.63 points followed by Riku Miura and Ryuichi Kihara of Japan with 130.83.

Each country sends two men, two women, one pair and one ice dancing entry. The points are combined across the four disciplines with the highest point total winning.

A limited number of fans were allowed into Maruzen Intec Arena even though Osaka is experiencing a surge in COVID-19 cases.

With less than a year to go until the Beijing Olympics, many of the world’s top skaters are in Osaka, eager to get in another competition after several International Skating Union events were canceled due to the pandemic.