Siebatcheu, Cappis added to US roster vs Jamaica, N Ireland 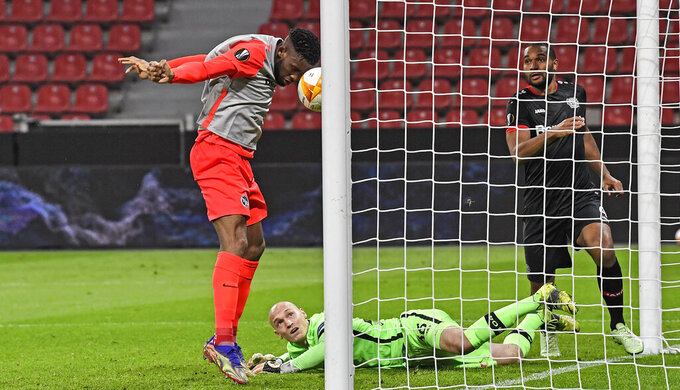 CHICAGO (AP) — Young Boys Bern forward Jordan Siebatcheu and Hobro midfielder Christian Cappis have been added to the U.S. roster for exhibitions against Jamaica and Northern Ireland. and they could make their national team debuts.

FIFA's ruling council imposed temporary rules that exempt clubs from releasing players to national teams if a quarantine of at least five days would be required when a player returns to his team.

Siebatcheu is a 24-year-old forward eligible to play for the U.S., France and Cameroon. He has nine goals in his last 13 Swiss Super League matches.

Cappis, 21, attended the U.S. team's January 2020 camp but did not appear in the exhibition against Costa Rica that followed.

The U.S. plays Jamaica on Thursday as Wiener Neustadt, Austria, and is at Northern Ireland on March 28.