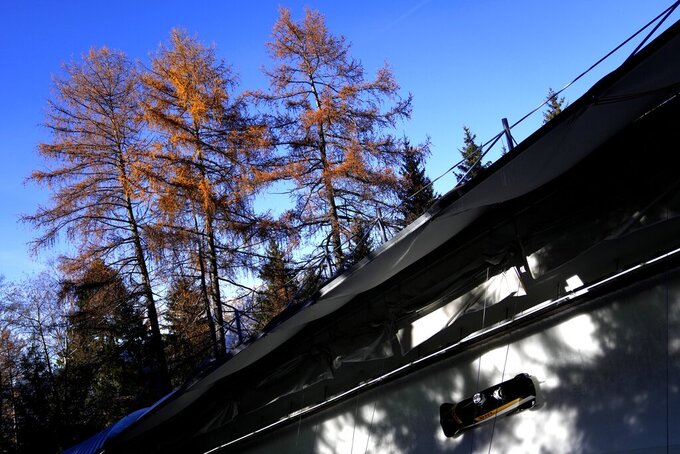 Olympic skeleton slider John Daly has tested positive for COVID-19, potentially complicating his chances of making the U.S. team for the Beijing Games.

Daly isn’t sure if he will be able to compete in the next World Cup race, which is Friday in Igls, Austria. The U.S. primarily is selecting its Olympic team based on international points standings, so missing a race would deny Daly the opportunity to add to his total.

“My focus right now is to heal, regroup and come back with extreme focus,” Daly said Tuesday. “I refuse to give up and I refuse to fail.”

Daly is scheduled to be re-tested on Wednesday. There is a chance he could be cleared in time to race this weekend, but he said he’s not overly optimistic of that happening. If he can't race this weekend, he'd likely be off the ice until the weekend of Dec. 3 in Altenberg, Germany.

“Everything happens for a reason,” Daly said. “Sometimes it’s to teach a lesson or an experience. Maybe it’s to see how hard you’re willing to work for a goal. Either way making the 2022 Olympic team will be an uphill battle, but one I am currently prepared for.”

He’s not the only slider facing a challenge right now.

International luge officials were working Tuesday to sort out how some sleds apparently have gotten tied up in the process of being shipped from China — the site of last weekend’s first World Cup race on that circuit — to Sochi, Russia, the site of the next two races in that series.

It wasn’t clear how many nations were missing sleds, and at least one U.S. sled was among those still in transit to Russia. Sharing sleds during training this week and possibly even this weekend’s racing is a possible short-term solution and not unprecedented, though it’s not an ideal scenario for anyone.

World Cup skeleton races this weekend are Friday for both the men and women in Igls, followed by a two-man bobsled race on Saturday, then the women’s bobsled race and four-man competition on Sunday.

In Sochi, luge will hold doubles and women’s races on Saturday, followed by the men’s race and a team relay on Sunday. The U.S. — which will be without women’s slider Emily Sweeney for the World Cup races in Russia — won silver in the season-opening team relay at Yanqing, China, this past weekend. Sweeney is an active member of the U.S. Army, and she was not cleared to go race in Russia because of travel restrictions imposed by the State Department.

As is the case with Daly, missing races could put Sweeney at a disadvantage in her quest to make the Olympic team. USA Luge also uses international points standings in its Olympic-team qualification formula.