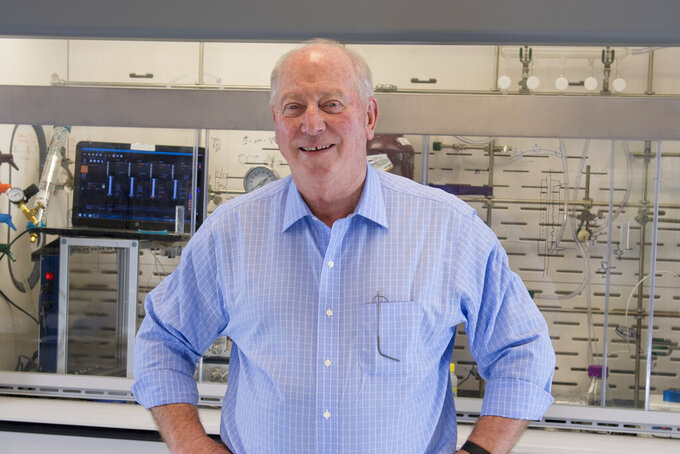 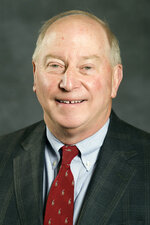 RICHMOND, Va. (AP) — A new Virginia-based company has won a massive federal contract aimed at beefing up the U.S. supply chain while manufacturing medicines needed to respond to the coronavirus pandemic.

The Department of Health and Human Services announced Tuesday that it was awarding a contract worth up to $812 million to Richmond-based Phlow Corp., to manufacture pharmaceutical ingredients, chemical compounds and generic drugs needed to soften or prevent drug shortages in the U.S.

Phlow is partnering with Civica Rx, Virginia Commonwealth University’s Medicines for All Institute, and AMPAC Fine Chemicals. Phlow was officially founded in January but Dr. Eric Edwards, a co-founder of Phlow and its CEO, said members of the various groups have been discussing ways of improving the U.S. supply chain for more than a year.

“It’s amazing how many individuals don't realize how vulnerable our active ingredient supply chain has been," Edwards said.

Many of the active ingredients in medicines and the starting materials needed to make them are produced overseas, and the coronavirus pandemic had heightened fears that the U.S. is overly reliant on drug imports that could be disrupted in an emergency, particularly from China and India.

“The COVID-19 pandemic has reminded us how health threats or other sources of instability can threaten America’s medical supply chains,” HHS Secretary Alex Azar said in a statement.

Phlow's other co-founder is Frank Gupton, chair of Virginia Commonwealth University’s Department of Chemical and Life Science Engineering and CEO of the Medicines for All Institute, which was founded in 2017 with funding from the Bill & Melinda Gates Foundation. Gupton said the goal of the new company is to take a “fresh look” at how the entire drug manufacturing process is done, with starting materials, active ingredients and finished products all made at one site.

“What we’re really looking at doing is reinventing how drugs are produced in the 21st century," Gupton said.

Edwards said the company plans to create about 350 new jobs and will build “multiple” facilities next to an existing AMPAC-owned pharmaceutical plant in Petersburg, just south of Richmond.

Civica Rx is a nonprofit founded in 2018 by several major hospital systems and health charities to manufacture scarce generic injected drugs — hospital workhorses like pain medicines and antibiotics that for over a decade have been in shortage much of the time, and often are subject to price spikes.

Under the federal contract, Civica Rx will be building its own factory to make more sterile injected drugs at the same site in Virginia where Phlow is to build its factory, Civica Rx CEO Martin VanTrieste said Tuesday. Those drugs — essential medicines on the Food and Drug Administration’s drug shortages list — would be distributed directly to hospitals needing them.

VanTrieste said it will take two years or more to get the factory built and ready for use, but Civica Rx already has supplies of those drugs in its warehouses.

On April 1, it sent 1.6 million doses of five drugs needed for patients on ventilators to the national stockpile, for the federal government to distribute, he said. Those were drugs in short supply in hot-spot hospitals: pain medicines fentanyl and lidocaine, the sedative midazolam, a nerve blocker and an antibiotic.

“We have plenty on hand and we can provide more for the national stockpile and our health systems,” VanTrieste said in an interview.

The contract with Phlow is worth $354 million over four years with options to extend the contract up to 10 years for a total of $812 million.

“This contract is a start” in addressing the supply chain problems causing drug shortages, said Jeff Francer, CEO of the Association for Accessible Medicines, the trade group for U.S. makers of generic drugs.

The group has been urging Congress and the administration to develop a comprehensive plan for a long-term solution that results in more crucial medicines being made in the U.S. or by allies.

Francer said the bidding process for federal contracts needs to be open and transparent, adding that Phlow, a new company, has never had a drug approved by the FDA, according to its website.

“It’s unclear how many existing pharmaceutical companies knew" about HHS' solicitation for bids "and had the opportunity to discuss proposals for manufacturing in the U.S. with” the government, Francer said.

He said multiple contracts with established generic drugmakers are needed to shore up the supply of generics, which account for about 90% of all prescriptions filled in the U.S.

“We’re not going to be able to snap our fingers and … all of a sudden all of our medicines are made in the U.S.,” Francer added.

Edwards previously co-founded a Richmond-based company Kaleo, which a U.S. Senate panel once found “exploited the opioid crisis" by raising the price of an anti-overdose drug by 600%. Edwards said he was never a member of the company's pricing committee and said the drug saved thousands of lives.

This story has been corrected to show midazolam is a sedative and clarifies the list of drugs in short supply.