Spain has hopes of a bright future after Euro 2020 campaign 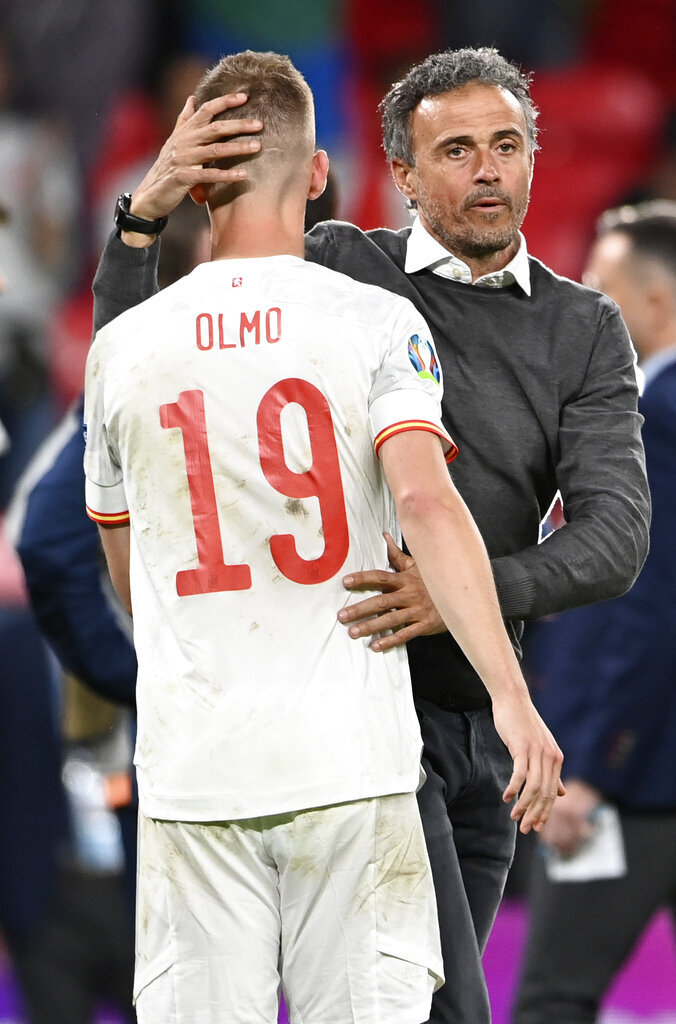 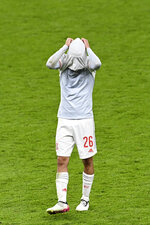 MADRID (AP) — Losing big matches inevitably leads to questions about the future. With Pedri González, Spain already seems to have the answer.

Still only 18, Pedri was the man in the middle at the European Championship, starting every match for his team and controlling the transition between the defense and offense. That quality and leadership, even coming from a teenager playing in his first major tournament, helped Spain make it all the way to the semifinals.

“What Pedri has done during this European Championship I haven’t seen done by any 18-year-old in any other competition,” Spain coach Luis Enrique said. “I’ve never seen anything like it.”

The constant comparisons to Andres Iniesta, the great Spain playmaker who helped the team win Euro 2008, Euro 2012 and the 2010 World Cup, don’t seem so exaggerated anymore. Not after this tournament.

“Not even Iniesta did what Pedri did,” Luis Enrique said.

Always calm and collected, Pedri was key in controlling the tempo in Spain’s midfield match after match. As of Wednesday morning, he was the player with the most distance covered at the tournament. He also had the highest passing accuracy in the semifinal match against Italy, at 98% from 65 completed passes.

There were other young players helping out as well, like 23-year-old Dani Olmo.

Although Olmo missed a penalty in the 4-2 shootout loss to Italy on Tuesday at Wembley Stadium, he was still an important part of the run to the semifinals. He led the tournament in attempts and was second in assists.

Spain arrived at Euro 2020 surrounded by doubts and under pressure to overcome recent failures. The country’s national team hadn’t gotten past the round of 16 at a major tournament since winning Euro 2012 with a team that still included Iniesta and Xavi Hernández.

The gritty performance by the youngsters, however, alleviated those concerns only a year before the next big tournament — the 2022 World Cup.

“We have to be happy and proud of what we have achieved,” Luis Enrique said. “We have several young players and they contributed in such a way that is hard to understand when you look at their age. There are a lot of positive things to look at going forward.”

Six players from Euro 2020 were included in the under-24 team that will play at the upcoming Tokyo Olympics. In addition to Pedri and Olmo, others who are set to make the trip to Japan include Unai Simón, Pau Torres, Mikel Oyarzabal and Eric García.

And there were more young players in the Euro 2020 squad, too, like Marcos Llorente and Adama Traore. Ansu Fati, also 18 and a teammate of Pedri’s at Barcelona, missed the tournament because of injury.

“This could be the start of something big for this national team,” the 20-year-old García said.

All six players going to the Olympics started at some point at Euro 2020. Simón stopped a penalty in the shootout loss to Italy, and he had been key in the shootout win over Switzerland in the quarterfinals. The 24-year-old goalkeeper made a bad mistake in the round of 16 against Croatia but made up for it with key saves later in the game.

Olmo missed his penalty in the shootout against Italy, sending his kick over the bar, but he had set up Álvaro Morata’s equalizer that helped send the match into extra time at 1-1. Morata was the other player to miss from the penalty spot against Italy.

“Dani Olmo was huge for us,” Luis Enrique said. “He is very smart, has a lot of quality. He is a very important player for us.”

Spain played at Euro 2020 without longtime captain Sergio Ramos, who missed the tournament following an in jury-filled season with Real Madrid. Sergio Busquets was the team’s most experienced player, and the only one left from the 2010 World Cup winning-squad.

But now the focus is on next year’s World Cup in Qatar. And with Pedri, Spain’s title-winning ways may just make a return.