The special secret sauce in John Legend’s album: the Grammys 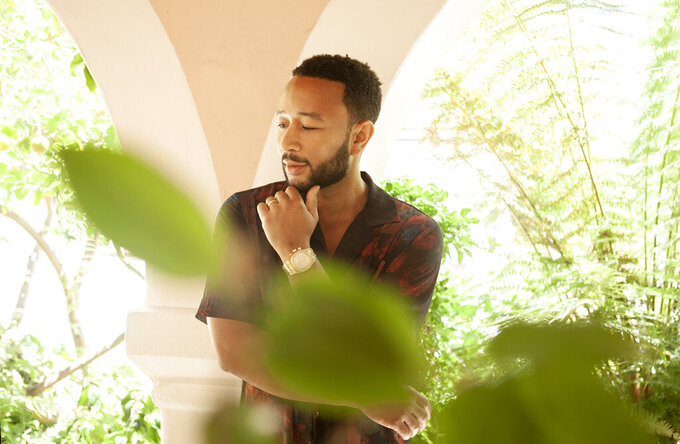 In this June 13, 2020 photo, singer-songwriter John Legend appears during a photo session at The Bel Air Hotel in Beverly Hills, Calif., to promote his latest album "Bigger Love." (Photo by Rebecca Cabage/Invision/AP) 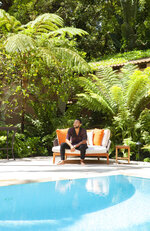 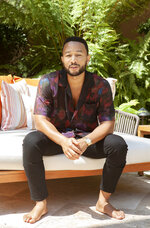 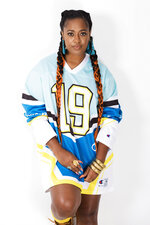 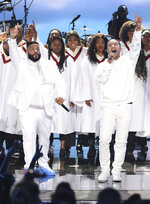 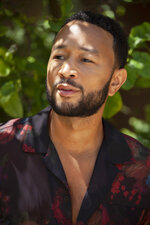 NEW YORK (AP) — At the 2020 Grammy Awards, John Legend excitedly walked around with “a special secret,” as he puts it: He had just finished recording a batch of songs and felt like his new album was near done.

And though he performed and won his 11th gramophone at the show, he productively used the week where most of the music industry flocks to Los Angeles to add new flavor to his album.

At the Grammys he met Koffee, who made history when she became the youngest artist to win the best reggae album Grammy, eventually collaborating with her on a song for “Bigger Love,” his seventh album out Friday. And a day before the awards show at the white-hot annual Roc Nation brunch, he sought out rapper Rapsody — who is signed to Jay-Z’s company — and asked her to rap on one of his songs.

Legend said listening to Rapsody’s verse on “Remember Us” brings him to tears, especially when the skilled lyricist name-drops Kobe Bryant, who died on the day of the Grammys, and Nipsey Hussle, who Legend won his most recent Grammy with for their song “Higher.”

“It’s so epic. It makes me cry. I listen to it sometimes and it makes me tear up,” said Legend, who performed “Higher” at the Grammys in tribute to Hussle alongside DJ Khaled and others. “I remember how emotional I was the day of the Grammys when Kobe passed away. It was such a crazy time.”

Legend said Rapsody wrote two verses for his song, asking him which he preferred. “This was the one that just immediately hit me. I loved her referring to Kobe and Nipsey and Biggie and some of the other artists we lost, but also some artists that are still with us that made records that were important to us.”

But Legend’s collaboration with Hussle is still getting love a year after its release. On Monday “Higher” earned two nominations at the BET Awards, including video of the year. The clip was filmed not long before Hussle died.

“We made a record with Nipsey that will last forever,” he said. “That’s a beautiful thing that’s come from it.”

Legend, 41, said the some of the songs on “Bigger Love” have a strong and resilient impact in a similar vein of “Higher.” Though he created the album before the coronavirus pandemic and the protests advocating for black lives that have erupted around the world, he said the songs still resonate.

“It wasn’t written in response to exactly what’s happening in this moment, but I feel like it could be a lift for people who are experiencing the uncertainty and the turmoil of this time,” he said. “Some of those songs feel more poignant now than they would have were we not going through these crises in America.”

Like the rest of the world, Legend has been homebound since the pandemic, which has slowed down some of his projects outside of music. “We produce a lot of shows that had to pause production,” said Legend, an EGOT holder who won his Emmy and Tony as a producer.

But he’s still getting major work done. He finished the mixing and mastering process of his album remotely, he filmed the rest of “The Voice” from his couch, and he taped the ABC variety special “John Legend and Family: A Bigger Love Father’s Day,” to premiere Sunday.

And thanks to Instagram Live, he’ll be able to go head-to-head with Alicia Keys in the latest “Verzuz” battle series Friday.

“It’s really a celebration of music and our mutual love and respect for each other. I consider her my sister,” said Legend, who sang background vocals for Keys’ 2003 hit “You Don’t Know My Name” and opened for the songstress on his first major tour.