Spicoli to the rescue with 'Fast Times' virtual benefit 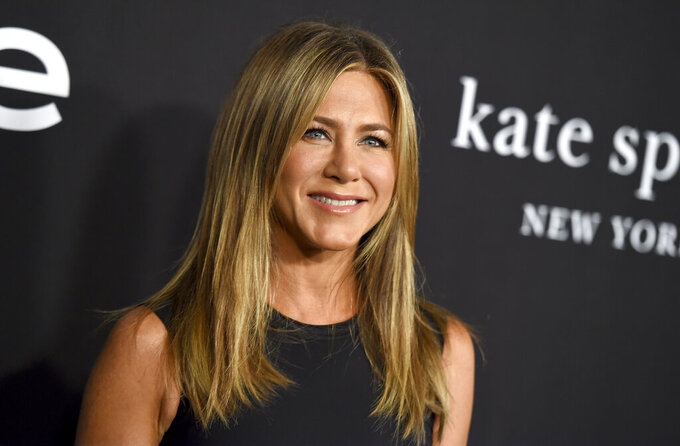 FILE - Jennifer Aniston arrives at the fourth annual InStyle Awards on Oct. 22, 2018, in Los Angeles. Aniston is among the celebrities taking part in an Aug. 20 virtual reading of the script for 1982's “Fast Times at Ridgemont High" as an online fundraiser. (Photo by Jordan Strauss/Invision/AP, File)

LOS ANGELES (AP) — Spicoli is making a virtual return to Ridgemont High to raise money for a pair of non-profit groups.

Sean Penn, a cast member in 1982's “Fast Times at Ridgmont High," will be joined by Julia Roberts, Jennifer Aniston and other stars in a socially distanced reading of the film's script.

Penn is handing the role of stoner Jeff Spicoli over to another actor, with details about who's playing what part to be unveiled at next week's event.

The reading will benefit CORE, co-founded by Penn and now engaged in coronavirus testing and relief efforts, and the REFORM Alliance, focusing on criminal justice reform and helping to protect inmates from COVID-19.

The fundraiser, produced by comedian Dane Cook and announced Thursday as an “unrehearsed, anything-goes” reading, also is set to include Morgan Freeman, Henry Golding, Shia LaBeouf and Matthew McConaughey. None of those actors, nor Roberts or Aniston, appeared in the original film.

Amy Heckerling, the film's director, and screenwriter Cameron Crowe will introduce the Aug. 20 event at 9 p.m. EDT. It will be available on Facebook Live and TikTok via CORE’s Facebook page, www.facebook.com/CoreResponse.