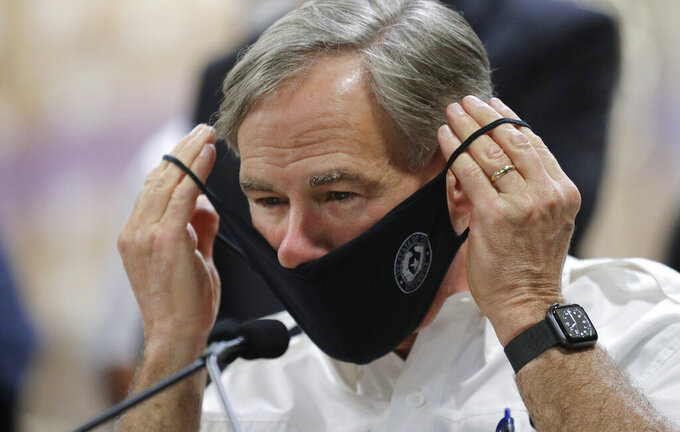 The Department of State Health Services on Tuesday reported 245 confirmed new deaths from the virus that has taken a particularly grim toll along the Texas border. Republican Gov. Greg Abbott said the McAllen Convention Center will be able to treat as many 250 patients to ease the strain on local hospitals.

The total number of cases reported since the outbreak began in March has topped 451,000, with the death toll approaching 7,300, state officials said. Almost 138,000 cases remain active, with almost 8,700 cases requiring hospitalization, down from just over 8,800 on Monday. The testing positivity rate has climbed to 13.88% as of Monday, the most recent figure available.

The true number of cases in Texas is likely higher because many people have not been tested, and studies suggest people can be infected and not feel sick.