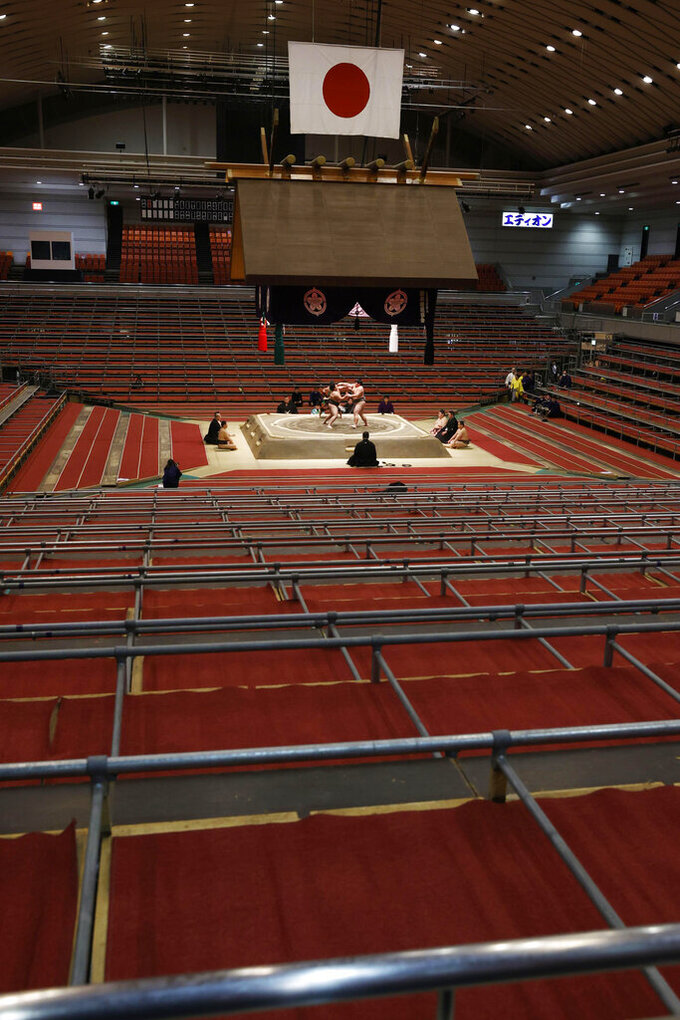 Spectators' seats are empty during a fight between sumo wrestlers at the Spring Grand Sumo Tournament in Osaka, western Japan, Sunday, March 8, 2020. The 15-day sumo tournament started on Sunday with no spectators, affected by fears of the new coronavirus outbreak. (Kyodo News via AP)

TOKYO (AP) — A Japanese sumo wrestler has tested positive for the coronavirus, further threatening postponement of next month's Summer Grand Sumo Tournament which has already been delayed.

The wrestler, whose name has not been disclosed, first developed a fever last week, but none of his stablemates or officials have complained of symptoms of the virus.

The association has already delayed the Summer tournament in Tokyo by two weeks, setting a new starting date of May 24.

The spring tournament was held in March in Osaka without spectators. Wrestlers were forced to adhere to strict guidelines to avoid becoming infected.

Organizers said the Tokyo meet might also be held without spectators or not held depending on the situation of the pandemic.

Japanese professional baseball and soccer have been postponed because of the outbreak.

Japanese Prime Minister Shinzo Abe has declared a state of emergency for seven prefectures, including Tokyo and Osaka, due to a recent sharp rise in the number of new cases.