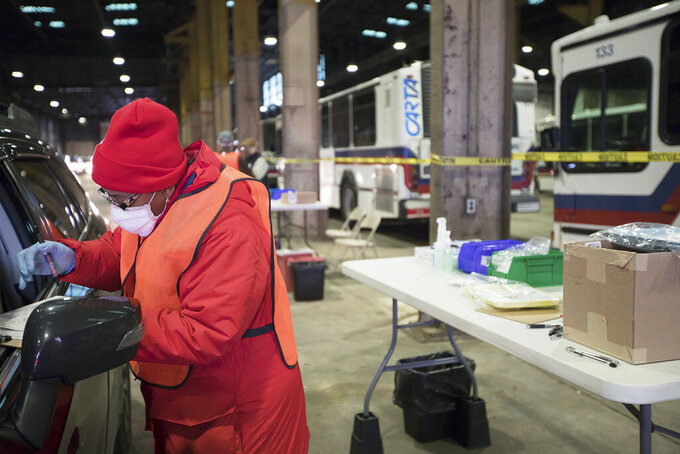 NASHVILLE, Tenn. (AP) — More than 1 million Tennesseans will soon become eligible for the COVID-19 vaccine after the Department of Health announced Tuesday it was expecting a large supply of the immunizations.

According to Health Commissioner Lisa Piercey, the new eligibility will apply to people age 16 and older who have high-risk health conditions — including cancer, hypertension, obesity and pregnancy — as well as caregivers and household residents of medically fragile children.

“This is a massive population,” Piercey told reporters. “There are a lot of people who will qualify.”

Tennesseans should check with their counties to learn more about eligibility and registration. Furthermore, residents in the state’s metropolitan areas may have different instructions. The age limit to receive the vaccine will remain 65 or older for people who don't fall into other high-risk groups.

The state will enter into the next phase starting Monday, around the same time Tennessee is expected to receive 54,000 doses of the newly approved single-dose Johnson & Johnson vaccine. That's on top of the increased supply of the two-dose Moderna and Pfizer vaccines for next week.

Also Tuesday, country music icon Dolly Parton encouraged people to get vaccinated in a video posted to social media while she received her first Moderna shot.

“I’m old enough to get it and I’m smart enough to get it,” Parton said, whose $1 million donation to Vanderbilt University helped develop the highly effective Moderna vaccine.

“I just want to say to all of you cowards out there: Don’t be such a chicken squat. Get out there and get your shot," she added.

Separately, state Health Department investigators are looking into whether anyone received expired vaccine doses in Shelby County — which encompasses Memphis. There was no indication Tuesday that anyone had received an expired dose, said David Sweat, the county’s chief of epidemiology.

The city of Memphis took over inventory and distribution of vaccines from the Shelby County Health Department last week after state officials disclosed some vaccines had been stolen and two children had been vaccinated. Those developments emerged after 2,400 vaccines were reported wasted due to miscommunication and insufficient record-keeping in the state’s most populous county.

More than 140,000 vaccine doses had been administered in Shelby County as of Tuesday. More than 42,000 people have received first and second doses, the county Health Department said. The goal is to have 700,000 people vaccinated in the county by August.

Tennessee has seen more than 11,400 COVID-19 related deaths to date, according to researchers from Johns Hopkins. That death count is the 14th highest in the country overall and the 18th highest per capita, about 168 deaths per 100,000 people.

One in every 705 people in Tennessee tested positive in the past week.