Trump's presidential legacy, by the numbers 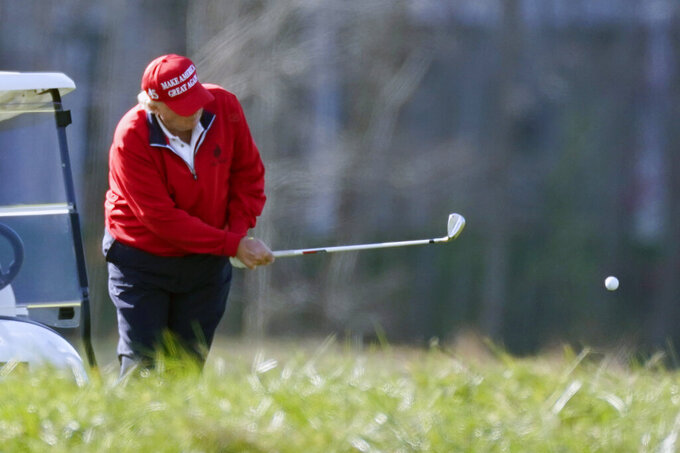 Presidential historians and others will plumb them as they assess President Donald Trump’s legacy,

Trump's presidency is reflected in a broad range of numbers representing everything from the U.S. death toll during the coronavirus pandemic to the miles of his “big, beautiful wall” along the border with Mexico to the tens of thousands of tweets he sent during four years in office.

Some of the numbers that are part of Trump's legacy:

—2: Coronavirus vaccines — by Pfizer and BioNTech, and a separate one by Moderna — that U.S. regulators approved in 2020 for emergency use.

0: Comprehensive health care overhaul plans Trump introduced despite repeated promises to replace the Obama-era Affordable Care Act with a plan that would cover everyone at a lower cost.

221: Federal trial-level and appeals court judges added to the judiciary.

$3.1 trillion: 2020 budget deficit, the largest in dollar terms in U.S. history. Trump had pledged during the 2016 campaign to eliminate the gap between federal spending and revenue. Tax cuts Trump enacted in 2017 contributed to the imbalance, and it ballooned further after Congress passed $2.4 trillion in economic relief earlier this year to help unemployed workers, business owners and others weather the financial fallout from the coronavirus pandemic.

$21 trillion: Federal debt in December, when it exceeded the size of the economy for the first time in history outside World War II.

4: Men who served as acting secretary of defense, the most in any administration.

203: Days the Pentagon operated without a Senate-confirmed defense secretary, the longest stretch in the history of the office.

39%: Trump’s average approval rating among American adults in AP-NORC polls over the course of his presidency. Assessments of Trump’s performance were remarkably stable, compared with his recent predecessors, ranging from a low of 32% to a high of 43% in AP-NORC polls.

1 billion: Barrels of oil and gas pumped from federally managed lands in 2019 as the administration sped permits and opened wilderness and other areas to the industry.

13: Federal executions scheduled since July, when the administration resumed putting inmates to death after a 17-year hiatus, making Trump the most prolific execution president in more than 130 years. Federal executions will be carried out until just before the Jan. 20 inauguration of President-elect Joe Biden.

315: Days Trump has visited a golf course as president, according to Factba.se, a data analytics company.

418: Days Trump has visited a property he owns, according to Factba.se.

25,000 and counting: Tweets, including original messages and retweets, sent by Trump since he took office on Jan. 20, 2017, according to Factba.se.