Tuchel quickly back to work as new Chelsea manager 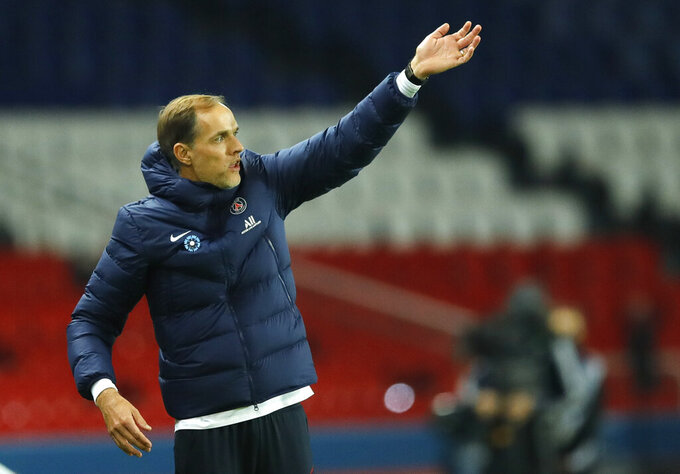 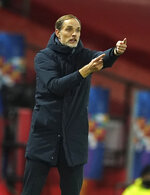 Chelsea pivoted to Thomas Tuchel in a bid to turn around its sputtering season, hiring the German coach on an 18-month deal on Tuesday barely a month after he was fired by Paris Saint-Germain.

Having flown to London to sign on as the 11th full-time Chelsea manager in Roman Abramovich’s 18-year reign, Tuchel went to work immediately by taking an evening practice session at the club’s training ground ahead of his first match in charge — against Wolverhampton on Wednesday.

Given Chelsea’s current plight, there’s no time to waste.

Frank Lampard, a club great as a player but a relative novice as a coach, was fired on Monday after a run of five losses in eight league games which has plunged Chelsea to 10th place in the standings, threatening the team’s ambitions of Champions League qualification.

In comes a man with far less caliber as a player — Tuchel retired at the age of 24 — but with far more experience as a coach after spells in his native Germany with Mainz and Borussia Dortmund before 2 1/2 years at PSG, where he led the team to back-to-back French league titles and the Champions League final last season.

His time in the French capital ended following a power struggle with the club but Chelsea targeted Tuchel after losing patience with Lampard, who oversaw the spending of nearly $300 million on new players for this season.

“It is never easy to change head coach in the middle of the season but we are very happy to secure one of Europe’s best coaches in Thomas Tuchel,” Chelsea director Marina Granovskaia said.

“There is still much to play for and much to achieve, this season and beyond. We welcome Thomas to the club.”

An English pandemic allowance for workers flying into an elite sports environment enables Tuchel to avoid full quarantine by testing negative for the coronavirus. It means he can take his place in the dug-out for the match against Wolves, and allowed him to take training immediately.

“We all have the greatest respect for Frank Lampard’s work and the legacy he created at Chelsea,” Tuchel said. “At the same time, I cannot wait to meet my new team and compete in the most exciting league in football. I am grateful to now be part of the Chelsea family — it feels amazing.”

Tuchel, whose deal gives him the possibility to extend his contract beyond the initial 18 months, was fired by Dortmund after falling out with officials — just as he would do at PSG — so gaining favor with the ruthless Abramovich is as crucial as getting the club's senior players on side.

Player power has been a term used to describe events at Stamford Bridge since the days of Jose Mourinho's first spell and it will no doubt have been involved in the decision to part ways with Lampard.

A divisive character at times because of his penchant for being outspoken, Tuchel will be helped by the relationships he already has with Thiago Silva, from PSG, and Christian Pulisic, from Dortmund.

One of Tuchel's biggest tasks will be getting the best out of two of his compatriots, Timo Werner and Kai Havertz, who were among the new signings bought at great expense last summer but have struggled so far at Stamford Bridge.

Werner, for example, scored eight times in his first 12 games, but has scored only once in his last 14 appearances.

While Chelsea look a long way off the title, despite being briefly in first place in early December, the unpredictability of this season like no other means a strong run of results could quickly see the team back in the mix.

Success in the cups could be used as a springboard for Tuchel, with Chelsea still in the FA Cup and into the last 16 of the Champions League, where the opponent is Atletico Madrid.