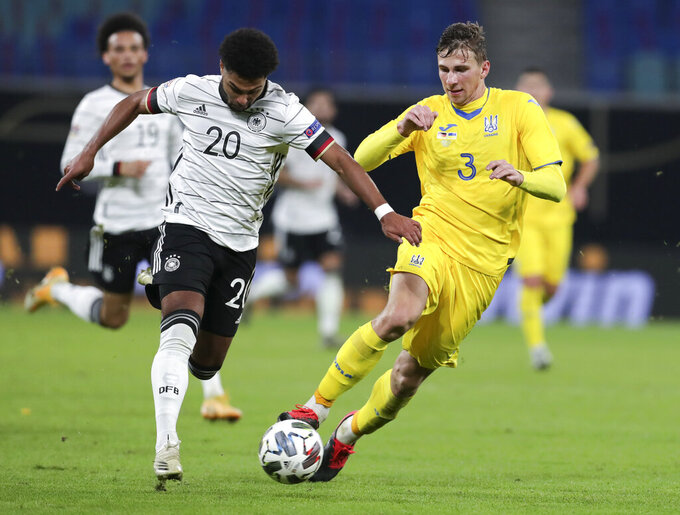 NYON, Switzerland (AP) — UEFA ruled Wednesday that Ukraine must forfeit a Nations League game against Switzerland that was canceled when the entire squad was put into quarantine by Swiss doctors, a decision that relegates the team from the competition’s top tier.

The Ukraine soccer federation later said its players tested negative on returning to Kyiv. It can appeal to the Court of Arbitration for Sport.

The verdict lifted last-place Switzerland above Ukraine in their Nations League group based on a tiebreaker of head-to-head results.

UEFA’s ruling followed a previous decision this month that Norway should default a Nations League game for failing to send a team to Romania for a game. Norwegian public health officials blocked the national team from traveling because it was in quarantine.

UEFA said the Ukraine ruling has passed directly to its appeal committee due to urgent circumstances.

On Thursday, FIFA will publish its latest rankings which determine the seedings for next month's draw of European qualifying groups for the 2022 World Cup. Switzerland and Ukraine should both be in the pot of second-seeded teams.