Ukraine imposes virus lockdown that many say came too late 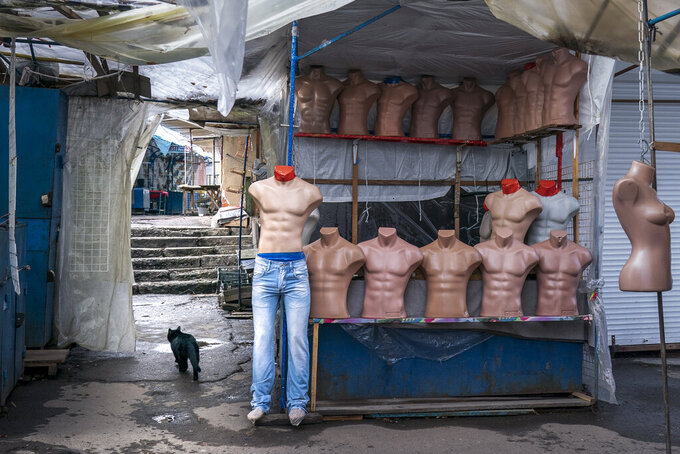 KYIV, Ukraine (AP) — Ukraine on Friday imposed a broad lockdown aimed at containing surging coronavirus infections, but some cities appeared to be largely ignoring the restrictions and critics said the move was worrisomely tardy.

The government had made plans for the lockdown in December, when 12,000-14,000 new infections were being recorded daily in the country of 42 million.

Health Minister Maxim Stepanov said the restrictions would help reduce the burden on the health care system, weakened by the reform and the shortage of doctors.

But others say the moves were late.

“For two weeks people hugged, kissed, went to church and to the Christmas tree, sat at the same festive table. The government decided to close its eyes to this and not to anger the people (during) the holidays, but we, doctors, will have to pay for this," said Dmitry Golovchenko, a 47-year-old doctor.

Some regions were skeptical of the lockdown; the mayors of Ternopil and Cherkasy — each with a population of more than 200,000 — said their cities will not comply.

In the city of Ivano-Frankivsk, streets were crowded on Friday and about one in two shops was open for business.

A 66-year-old pensioner, Yaroslava Kovalenko, said she thought the government should have ordered sterner measures like the spring lockdown.

“Close everything for three weeks as they did in March. No transport, nothing,” she said. “Now, look, half of the shops are open. This lockdown is for nothing. Transport is working, people are walking.”

Although new recorded infections have dropped since December, Ukraine’s underfunded health system is under severe pressure. The country overall has recorded more than 1.1 million confirmed infections and nearly 20,000 deaths.

Despite the criticism, Ukrainian officials defend the lockdown, which is to end Jan. 25.

“(It) will help avoid a large increase in the number of patients with both COVID-19 and regular seasonal flu,” said Stepanov, the health minister. “This way we will reduce the burden on hospitals.”

“We are knocking down the wave of growth in the number of patients after the New Year holidays,” said President Volodymyr Zelenskiy.

Mstyslav Chernov in Ivano-Frankivsk and Jim Heintz in Moscow contributed to this story.