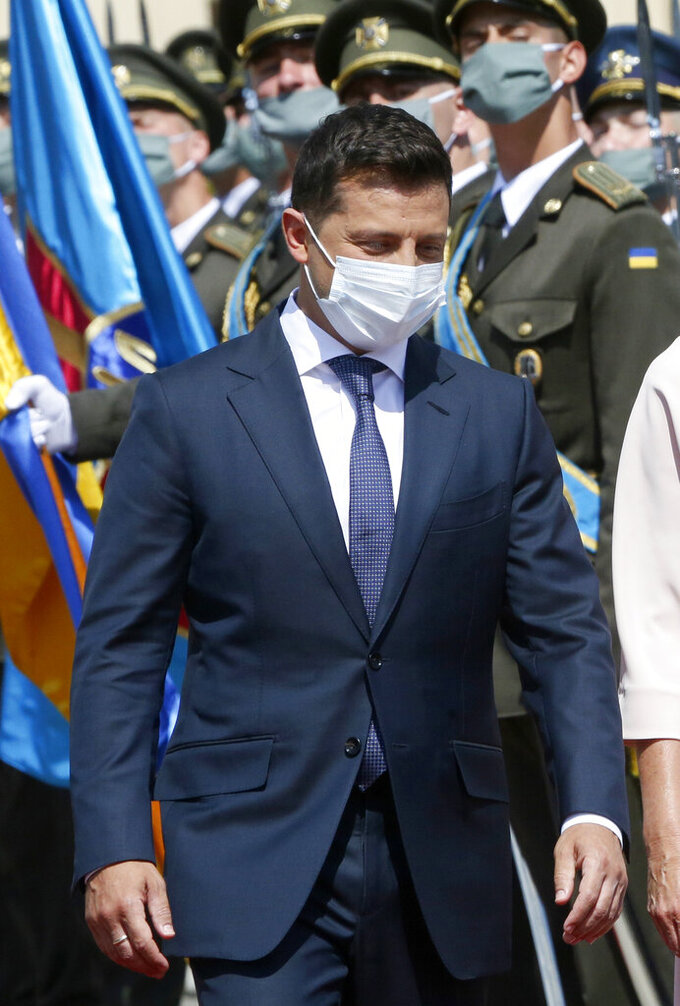 MOSCOW (AP) — Ukrainian President Volodymyr Zelenskiy announced Monday that he has tested positive for the coronavirus and will be working in self-isolation while being treated.

“There are no lucky people in the world for whom COVID-19 does not pose a threat,” Zelenskiy tweeted. “However, I feel good. I promise to isolate myself and I continue to work.”

Zelenkiy said he was running a temperature of 37.5 Celsius (99.5 Fahrenheit).

The 42-year-old Zelenskiy became president in 2019 as a political neophyte, previously known as an actor and comedian. He became popular in the country for a TV sitcom, “Servant of the People,” in which he played the role of a teacher who unexpectedly becomes president after making a rant about corruption that goes viral. He handily defeated incumbent Petro Poroshenko.

On Monday, Ukraine reported 8,867 new cases of infection and 115 deaths over the past day. Throughout the pandemic, 8,565 people have died of COVID-19 in the country.