A university honors its grads 51 years after police shooting 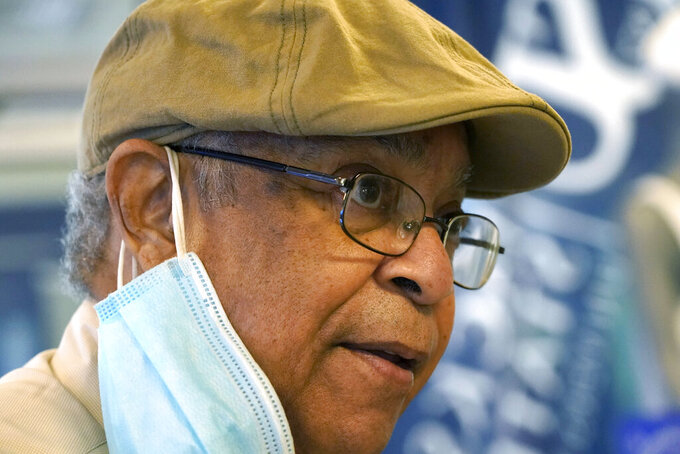 James "Lap" Baker, a 1970 Jackson State College graduate, speaks on May 13, 2021, in Jackson, Miss., about the May 15, 1970, incident where white local police and Mississippi Highway Patrol troopers marched onto campus of the historically Black school and opened fire on students, claiming they had seen a sniper. Baker is among about 70 graduates being honored as the school, now called Jackson State University, is holding a graduation ceremony 51 years after it canceled the 1970 commencement after the violence. (AP Photo/Rogelio V. Solis) 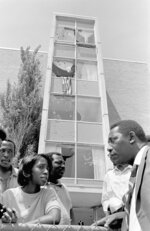 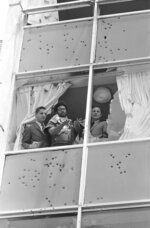 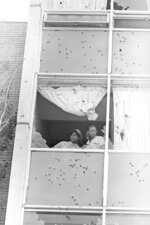 Officers shot indiscriminately after someone threw a bottle. The gunfire killed two people, injured 12 and shattered windows of a women’s dormitory where officers claimed — falsely — that they had seen a sniper.

Students who earned degrees that year received their diplomas in the mail, if at all.

Now, a lifetime later, Jackson State University is honoring the Class of 1970 in a ceremony delayed by the coronavirus pandemic. Grads are invited back for a salute to their academic achievements, with organizers expecting about 70 of the 400-plus class members for Saturday's ceremony.

James “Lap” Baker is now retired from a career in urban planning, but he'll be wearing a cap and gown for the bachelor’s in geography he completed that year.

Baker vividly recalls crawling through the grass the night of the shootings to return unharmed to his off-campus apartment. He believes officers planned the assault on Black students. No officer ever faced criminal charges, and an all-white jury awarded no money to the Black victims' families in a civil lawsuit.

“I call it a massacre,” Baker told The Associated Press on Wednesday.

Uprisings against the Vietnam War happened on many U.S. college campuses in 1970. The National Guard attack on unarmed student protesters at Kent State in Ohio still largely overshadows the bloodshed at Jackson State, where Baker said racist behavior by local white residents was the big issue.

During the '60s and into 1970, white people driving to downtown Jackson would often use a busy street through the campus of what was then Jackson State College, and some would yell racial slurs, throw bottles and endanger Black pedestrians.

Disturbances broke out the nights of May 13 and 14 at Jackson State, according to a report published in September 1970 by the President's Commission on Campus Unrest. Appointed by then-President Richard Nixon, the panel investigated events at Kent State, Jackson State and elsewhere.

Based on interviews with witnesses, the commission reported that on the night of May 14, false rumors spread that Mississippi civil rights leader Charles Evers had been killed. He was elected in 1969 as mayor of Fayette and became the first Black person since Reconstruction to lead a multiracial city in the state. His brother, Mississippi NAACP leader Medgar Evers, was assassinated in Jackson in 1963.

Baker said he doesn't remember hearing that rumor. He recalled Black students were fed up with racist behavior by white people. The commission reported that people on campus had been throwing rocks at white motorists.

Students gathered outside the Alexander Hall women's dormitory and B.F. Roberts dining hall across the street — some protesting, others simply enjoying each other's company as women returned to the dorm before curfew. Officers from the Jackson Police Department and the Mississippi Highway Patrol marched onto campus.

After midnight May 15, a Highway Patrol officer using a bullhorn addressed students, Baker said. Someone in the crowd threw a bottle that shattered.

“When he stepped out and said, ‘May I have your attention please,’ that’s when the bottle was thrown and all hell broke loose," Baker recalled.

A Jackson TV reporter recorded 28 seconds of gunfire, the commission reported. When it ended, 21-year-old Phillip Gibbs and 17-year-old James Green were dead. Twelve others were bleeding. Windows of Alexander Hall were shattered, and walls were left with pockmarks still visible today.

Gibbs was a Jackson State pre-law student who was married and had one son with another on the way. Green was a high school student who lived near campus, and had been walking home from his job at a convenience store, said Gloria Green McCray, one of his eight siblings. She recalled hearing shots that night.

McCray said her brother, a year older than her, was handsome, funny and kind.

“He had the personality of Bill Cosby, the look of Billy Dee Williams,” McCray said.

Their mother walked in Green's place when his Jim Hill High School class graduated weeks after he was killed. “She said the hardest experience she had was losing her child,” McCray said of their mother, who died about five years ago.

Jackson State is awarding posthumous honorary doctorate degrees to Gibbs and Green. Their sisters will accept those — McCray for Green and Nerene Gibbs Wray for Gibbs.

The once-busy street through campus was closed years ago and turned into a pedestrian zone named the Gibbs-Green Memorial Plaza. Saturday's ceremony takes place there. It reclaims the heart of the campus for alumni who built fond memories there, long before the shooting started.