US hits China anew for rights abuses in western Xinjiang 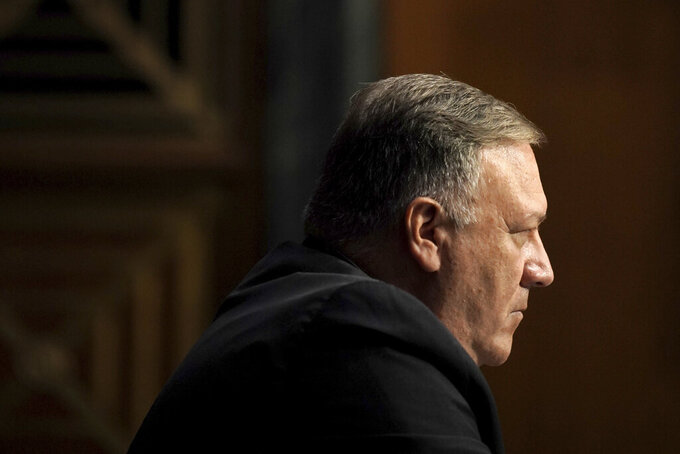 WASHINGTON (AP) — The Trump administration took new aim at China on Friday by imposing sanctions on a major paramilitary organization in the country’s western Xinjiang region and its commander for alleged human rights abuses against ethnic and religious minorities.

The State and Treasury departments announced the penalties as the White House denounced authorities in Hong Kong for postponing local government elections ostensibly because of the coronavirus pandemic. Criticism of the election delay, which Beijing approved, also came just a day after President Donald Trump suggested putting off November’s U.S. presidential vote.

The sanctions, which freeze any assets the targets may have in U.S. jurisdictions and perhaps more significantly bar Americans from doing business with them, hit the Xinjiang Production and Construction Corps, its commander and former political commissar for alleged abuses against Uighur Muslims, including mass arbitrary detentions, forced labor and torture.

The production and construction corps is a major operation consisting of 14 military-style divisions that reports to the Chinese Communist Party and is in charge of billions of dollars in development projects in Xinjiang, including mining and energy exploration.

"The United States is committed to using the full breadth of its financial powers to hold human rights abusers accountable in Xinjiang and across the world,” Treasury Secretary Steven Mnuchin said in a statement. The sanctions were imposed under the Global Magnitsky Act, which provides authority for the administration to penalize human rights abusers abroad.

Secretary of State Mike Pompeo said the two officials targeted — the commander, Peng Jiarui, and the former commissar, Sun Jinlong — would also be subject to U.S. visa restrictions. The Trump administration has previously sanctioned other officials in Xinjiang subjecting them to travel bans.

Meanwhile, the White House lashed out at the postponement of the upcoming Hong Kong elections in comments likely to draw accusations of hypocrisy from China after Trump's tweeted suggestion on Thursday that the U.S. elections be postponed to prevent fraud from mail-in ballots expected to flood the polls because of the virus outbreak.

“We condemn the Hong Kong government’s decision to postpone for one year its legislative council elections and to disqualify opposition candidates,” White House press secretary Kayleigh McEnany said. “This action undermines the democratic processes and freedoms that have underpinned Hong Kong’s prosperity and this is only the most recent in a growing list of broken promises by Beijing."

The postponement is a setback for the pro-democracy opposition, which was hoping to capitalize on disenchantment with the current pro-Beijing majority to make gains. A group of 22 lawmakers issued a statement ahead of the announcement accusing the government of using the outbreak as an excuse to delay the vote.