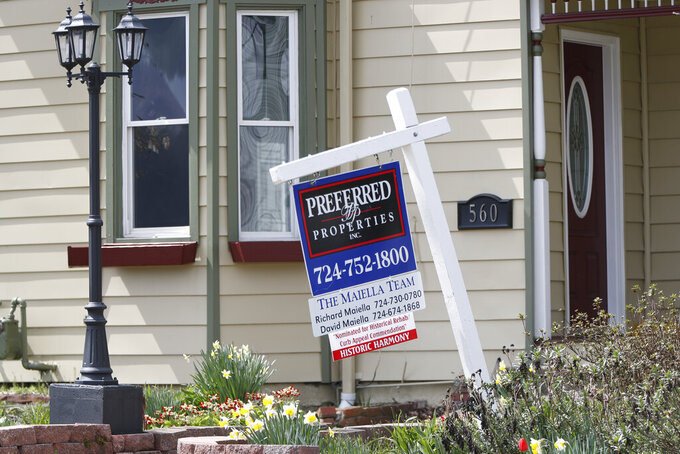 Mortgage buyer Freddie Mac reported Thursday that the average rate on the 30-year home loan increased to 2.96% from 2.88% last week. By contrast, the rate averaged 3.60% a year ago.

Homebuying demand continues as one of few bright spots in the pandemic-struck economy, especially for prospective buyers considering a first-time purchase, Freddie Mac noted. Still the lack of available homes remains an obstacle.

Mortgage refinancing, which has boomed amid the record low interest rates this year, could cost many homeowners more because of a new fee announced Wednesday by Freddie Mac and its larger government-controlled sibling Fannie Mae. The new fee for lenders, equivalent to half a percent of the total home loan, is meant to provide a cushion for Fannie and Freddie against possible mortgage defaults in the severe economic downturn. It’s likely to be passed on to homeowners and is expected to cost an average of around $1,400.

The fee was approved by the companies’ regulator, the Federal Housing Finance Agency. The fee will take effect Sept. 1 and apply to most mortgage refinances. Mortgage lenders objected; the Mortgage Bankers Association said it will increase interest rates for already struggling homeowners.

Fannie and Freddie nearly collapsed in the 2008-09 financial crisis and were bailed out at a cost to taxpayers of nearly $190 billion. Together they guarantee roughly half of the $11 trillion U.S. home loan market. They don’t make home loans, but buy them from banks and other lenders, and bundle them into securities, guarantee them against default and sell them to Wall Street investors.

The government's latest weekly report on unemployment claims showed Thursday that the number of laid-off workers applying for aid fell below 1 million last week for the first time since the viral pandemic intensified five months ago — yet it still remains at a high level. The pandemic continues to force layoffs just as the expiration of a $600-a-week federal jobless benefit has deepened hardships for many.