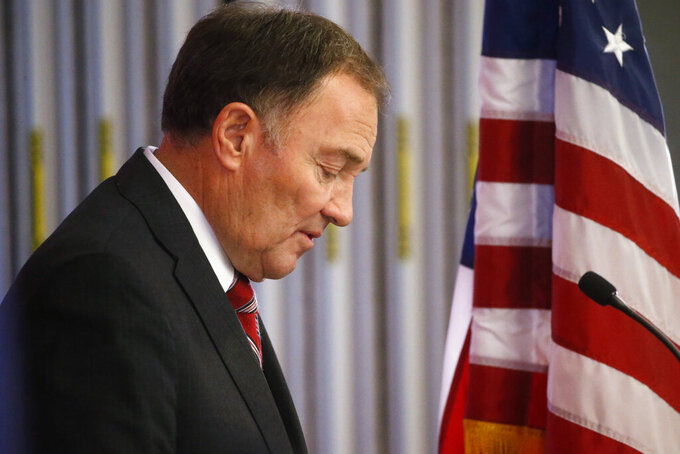 SALT LAKE CITY (AP) — Utah halted plans Friday to buy 200,000 treatments of malaria drugs that have been widely touted by President Donald Trump for treating the new coronavirus despite warnings from doctors.

Republican Gov. Gary Herbert said the state's legal counsel is reviewing the circumstances around the planned $8 million purchase from local pharmacy Meds in Motion. A previous $800,000 purchase of hydroxychloroquine from the same company is also being probed.

“I have some questions about how it came about,” he said. “Bottom line is, we’re not purchasing any more of this drug.”

A review by The Associated Press found Utah was one of a very few states that had spent money on the drug. Many others have received it through donations or from the federal stockpile.

Herbert's decision comes after the U.S. Food and Drug Administration warned doctors against prescribing the drug outside of hospitals or research settings, flagging reports of sometimes fatal heart side effects among coronavirus patients.

— Four more people, for a total of 39, died of COVID-19, three of them in nursing homes, said state epidemiologist Angela Dunn. Testing, though, is on the increase and the growth rate in new cases is holding steady. The virus causes mild or moderate flu-like symptoms in most people, but can be fatal, especially for older adults and people with existing health problems.

— Some restaurants closed to diners to stop the spread of the virus could begin to reopen as soon as next week, Herbert said, as the state shifts from an urgent “red” response to the eased up “orange.” The state has already restarted elective surgeries.