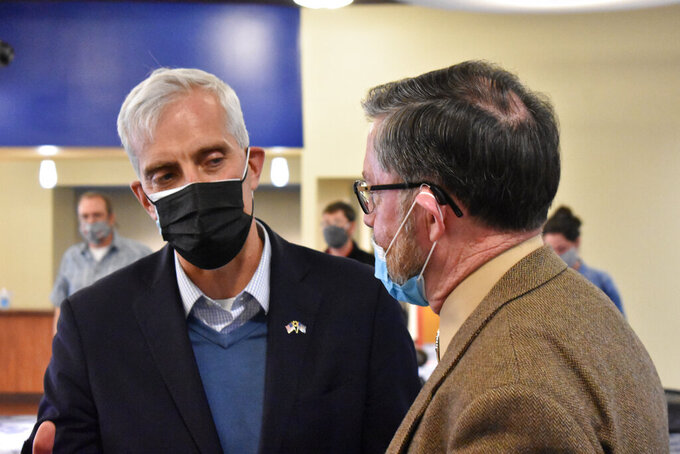 BILLINGS, Mont. (AP) — Veteran Affairs Secretary Denis McDonough heard frustrations over high turnover rates among health care providers at the agency as he began a three-day tour of Montana on Monday — his first official trip since being confirmed in February.

The former chief of staff for President Barack Obama was invited to Montana by Democratic Sen. Jon Tester, the newly-named chairman of the Senate Veterans’ Affairs Committee.

McDonough said in response to concerns about high turnover that he wanted to make the VA “a place where people want to work.” He also highlighted money to help upgrade VA facilities that was included in the Biden administration's $1.9 trillion COVID relief package.

Tester said the agency needs more doctors, mental health professionals and other health care workers to meet demand for services that have increased during the coronavirus pandemic. The immediate priority, he added, is to get vaccines into the arms of veterans to protect them against the virus.

After meeting with veterans and health care providers Monday in Billings, Tester and McDonough planned to visit Montana State University in Bozeman and the Southwest Montana Veterans home in Butte on Tuesday and Helena’s Fort Harrison on Wednesday.

About 8.5 million veterans are enrolled with the VA.