Vaccinated UAE team out of Fleche Wallonne over virus cases 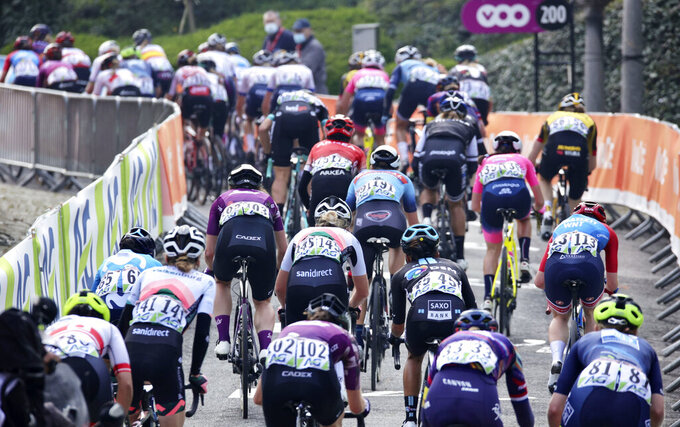 CHARLEROI, Belgium (AP) — Tour de France winner Tadej Pogacar is out of the Flèche Wallonne one-day race Wednesday after his UAE Team Emirates squad withdrew following two positive tests for the coronavirus, even though the team was previously vaccinated.

The team said rider Diego Ulissi and an unidentified staff member tested positive when they arrived in Belgium on Sunday, but that both repeatedly tested negative before and after the positive tests.

“Though the team is frustrated by the ruling, we fully accept the final decision of the Belgian authorities,” the team said.

The entire team was given the Chinese-made Sinopharm vaccine in January during a training camp in the United Arab Emirates.

UAE Team Emirates said it will now undergo more coronavirus tests with the aim of being cleared to compete in the Liège-Bastogne-Liège race on Sunday.