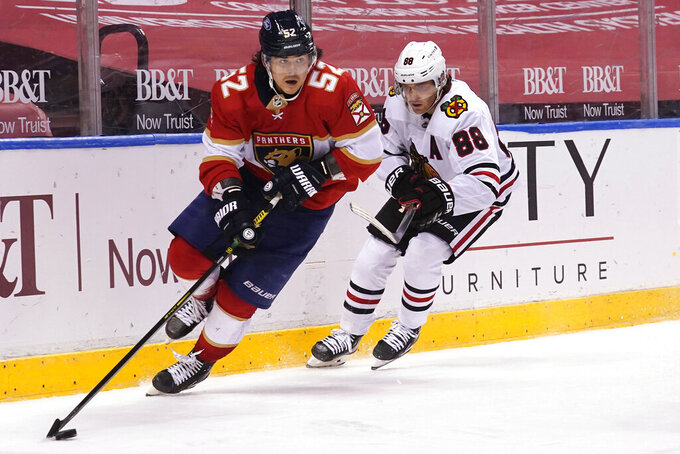 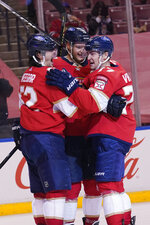 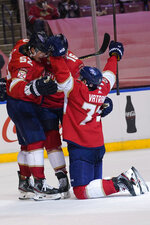 Hornqvist, who was acquired in a September trade with Pittsburgh, has three goals and an assist in the first two games.

“It’s obviously a great feeling,” Vatrano said. “I think we’re a relentless team and that’s a good identity to have.”

Sergei Bobrovsky made 29 saves for Florida in his first start of the season, but the two-time Vezina Trophy winner was a bit rusty.

The 32-year-old Bobrovsky, who is in the second year of a seven-year, $70 million contract, was deemed “unfit to play” during most of training camp. He had a .900 save percentage last season, the second-worst of his career.

“Obviously, four goals, not what you want, but I felt good in there,” Bobrovsky said. “The boys stepped up and they score five goals, and the most important again it’s two points for us and we will move on.”

Dominik Kubalik scored his first two goals of the year for Chicago, which has dropped its first four games of the pandemic-shortened season. Patrick Kane also scored, and Phillipp Kurashev posted his first NHL goal.

“I felt ready, confident. I’ve been preparing for this for a long time,” Lankinen said. “Was I happy with the outcome? Obviously not. I felt ready, felt good out there. There’s a lot to build on.”

Kurashev’s shot from the high slot gave the Blackhawks their first lead of the season at 4-3 with 13:54 left. Hornqvist tied it at 4 with his second power-play goal.

The Blackhawks have surrendered 20 goals in their four losses, but managed to earn their first point of the season.

“In the last two periods we played a little better. Still lots of work to do,” coach Jeremy Colliton said. “We competed hard and battled back. Would love to see us get rewarded with two points. The focus remains on getting better.”

Yandle, whose status coming into the season was uncertain, played in his 868th consecutive game, the longest active streak and fourth longest in NHL history. Yandle has not missed a game since March 22, 2009, when he was with the Arizona Coyotes.

Bobrovsky stopped Kane on a penalty shot in the second.

“I played patient and tried to try to let him do his thing and then shoot. My main thing was out-wait him and let him do the first move,” Bobrovsky said.

The Panthers are one of only three teams to allow fans. They allow up to 25% capacity and attendance was 3,667 on Tuesday.

The Blackhawks host the Detroit Red Wings on Thursday.

The Panthers visit the Carolina Hurricanes on Wednesday.