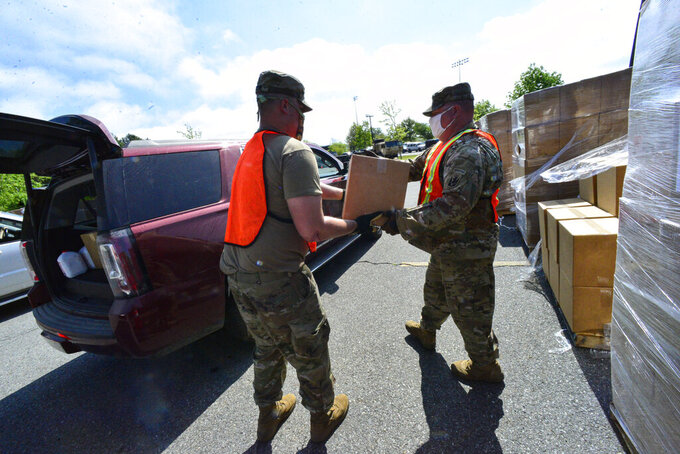 Vermont’s Republican Gov. Phil Scott said Wednesday he is in favor of preparing to hold the November election by mail, but he wants to wait until later in the year to determine if it's needed.

Speaking at his regular COVID-19 news conference, Scott said he is not opposed philosophically to voting-by-mail and some people have been saying he has been a roadblock to making the required preparations.

“I am not a roadblock,” Scott said. “I am saying ‘let's do it.' The only caveat I said was let's have an off ramp at this point in time. I thought there was agreement on that.”

Under the current proposal, voters would receive ballots in the mail and they could return them by mail, take them to their local town or city clerk or bring the ballot to their polling place on Election Day.

Democratic Secretary of State Jim Condos said the planning has to begin now to ensure the ballots can be delivered to voters ahead of the election and then returned to local voting authorities by Nov. 3, the date of the presidential election.

Condos said that printing the supplies now and then deciding not to use them could potentially make the state liable to having to repay the federal government for the costs of the supplies that would go unused.

“His point was to ‘go ahead, go forward, put everything in place and we’ll pull the trigger in August,'” Condos said of negotiations he's been having with the administration. “I’m saying that’s not responsible. It’s not a good idea to wait like that.”

There were 21 people hospitalized under investigation for having the coronavirus.

The total number of people who tested positive for the virus that causes COVID-19 increased by two Wednesday to just over 970. The number of deaths remained steady for almost two weeks at 54.

“Vermont is in a good place,” said Health Commissioner Dr. Mark Levine, noting that some of the hospitalized cases being investigated could end up being people with COVID-19.

Human Services Secretary Michael Smith said he expected the health department’s COVID online dashboard to be updated to reflect one hospitalized patient, but he also said that zero, even if temporary, was good news.

Scott said the improved numbers of COVID-19 cases and the small number of new infections will allow Vermont to continue the reopening process. But he said the surrounding states and the province of Quebec are all reporting more new cases so the state has to remain vigilant and not let down its guard.

He's asking officials to determine what would have to happen in the neighboring states to allow Vermont to open its borders to visitors once again.

More details on reopening will be released on Friday.