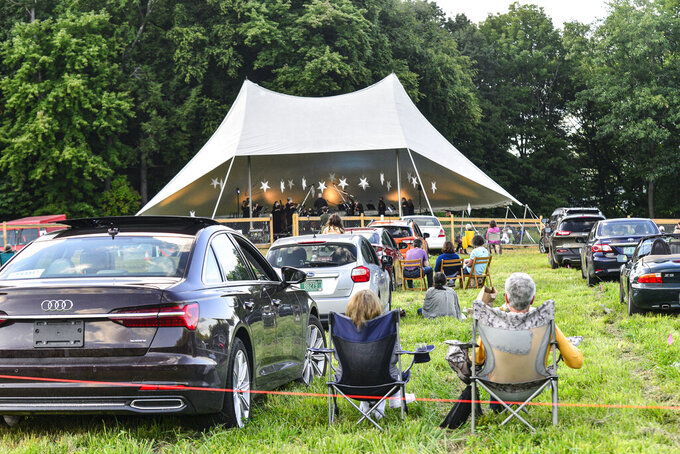 Vermonters need to continue with the simple steps that have allowed Vermont to build and maintain over several months some of the lowest rates in the country of infection from the virus that causes COVID-19, Gov. Phil Scott said Tuesday.

It's up to everyone to continue wearing masks, distancing, staying home when sick, washing their hands and cooperating with public health officials when exposed to the virus, the Republican governor said in Montpelier.

“It’s very simple, but sometimes you know we get complacent because we see that we’re doing well," Scott said. “That’s my fear, that we’ll believe our own magic and then we don’t believe there’s a problem.”

“For those who think this is some sort of hoax, tell that to the 58 people, the family members, of those who passed away in Vermont,” Scott said.

Without the drastic steps of shutting down businesses and keeping people home, Scott said, things would have been much worse, both in Vermont and across the country.

“So when we are talking about 185,000 people (who have died nationwide) we’d be talking about hundreds of thousands more, and that’s why it’s important for us to persevere through this until a vaccine comes to be,” he said.

Vermont hopes a program in Brattleboro that feeds people and keeps restaurants operating can be replicated in other parts of the state.

After the coronavirus pandemic hit, the Vermont National Guard gave out free meals to long lines of people around the state.

In Brattleboro, the federal relief money used for the program is being given to restaurants and farmers to feed locals in need because of the pandemic, Vermont Public Radio reported Monday.

“It’s a huge financial bump,” said Gretchen Hardy, co-owner of The Porch Cafe in Brattleboro. “It’s great. It keeps everyone employed. It keeps us focused, you know, it gives us another kind of creative outlet. And then it also brings in revenue so that we can pay bills, and keep people on. And that’s the most important thing for me. We just want to keep our staff on.”

Her restaurant prepares 300 free meals a week that go to local motels to feed people who are homeless. The restaurant gets paid $10 per meal and must spend at least 10% of that money at local farms.

“So this is where it’s kind of a triple-win situation, where we’re able to benefit restaurants who’ve been impacted by COVID, benefit farmers and local producers who’ve been impacted,” said Gary Holloway, of the Vermont Agency of Commerce and Community Development. “And also, you know, ultimately benefit those who are experiencing food insecurity.”

In other coronavirus-related developments:

Vermont reported six new cases of the virus Tuesday, for a statewide total of 1,635. The total number of deaths from COVID-19, the illness caused by the coronavirus, remained at 58. One person was hospitalized Tuesday, the state Health Department said.