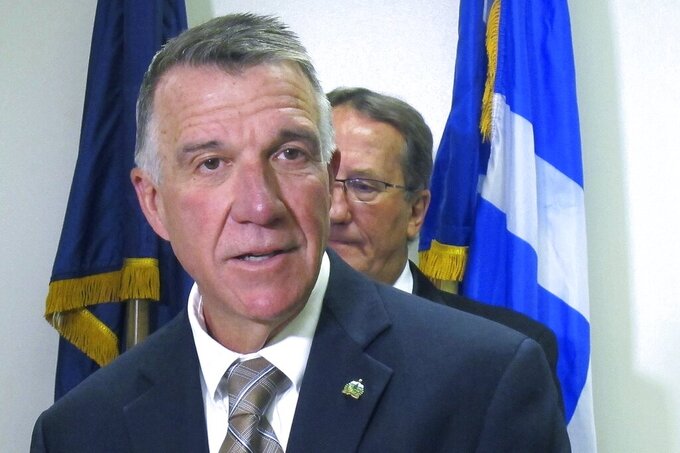 Zuckerman will take on incumbent Republican Gov. Phil Scott, who cruised to his party’s nomination to seek his third, two-year term as the state’s governor.

Scott, 62, who didn’t hire staff or actively campaign during the primary, easily defeated four little-known Republican challengers to win his party’s nomination to run in the November General Election.

Zuckerman, a 48-year-old Hinesburg farmer, said he was motivated to run by what he calls “the imperative nature of the climate crisis.”

“I’ve been fighting for our environment and climate for a long time and I was really concerned about two major issues: the climate and the rural economy and working people,” Zuckerman said last week. “I think the governor is a really admirable person but he hasn’t been really visionary on how to address these issues.”

Holcombe, 53, of Norwich, served as education secretary for four years under former Democratic Gov. Peter Shumlin. She continued in the position when the Scott administration took office in January 2017, but resigned in March 2018.

In her campaign, Holcombe cited the cost of health care, a shortage of well-paying jobs for young people, climate change and social justice issues as some of the issues that motivated her to run for governor.

When Scott announced his reelection plans in May, he said he would not hire staff or actively campaign until the end of the state of emergency he imposed in March to fight the COVID-19 pandemic.

In an email to supporters after his victory Tuesday, Scott said his reasons for running for governor hadn't changed since his first run four years ago.

“I love Vermont and I believe, with leadership that listens, it can be an even better place to live, raise a family and grow a business," he said.

Despite various policy differences with the Democratically controlled Legislature, he is seen as popular with the public.

Scott was challenged by GOP candidates Douglas Cavett, of Milton; John Klar, of Brookfield; Bernard Peters, of Irasburg; and Emily Peyton, of Putney.

Two perennial candidates, Cris Erickson, of Chester, and Boots Wardinski, of Newbury, are running as Progressives.

A record number of more than 150,000 Vermont voters requested early or absentee ballots ahead of the primary under a special system set up to encourage safe voting during the coronavirus pandemic, Vermont Secretary of State Jim Condos said on Monday.

A number of Vermont communities offered drive-through voting. In Barre, voters cast their ballots at the Civic Center, a portion of which serves as an ice rink in the winter.

Voters drove into the arena, getting a ballot from a worker handing them out at the entryway, then parked in the middle, turned off their vehicles and filled out their ballots. They then exited at the other end where an election official helped them deposit the ballots into the voting machines from their vehicles.

Condos said his office’s election night reporting system will be up and running Tuesday and will be reporting votes as towns report them to his office. Official results won’t be available for a week.