Veterans on each side of the divide among Capitol mob dead 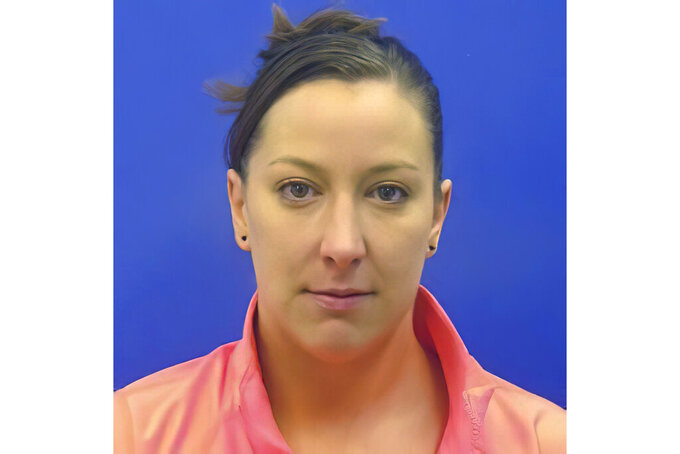 This driver's license photo from the Maryland Motor Vehicle Administration (MVA), provided to AP by the Calvert County Sheriff’s Office, shows Ashli Babbitt. Babbitt was fatally shot by an employee of the Capitol Police inside the U.S. Capitol building in Washington on Wednesday, Jan. 6, 2021, while the rioters were moving toward the House chamber. (Maryland MVA/Courtesy of the Calvert County Sheriff’s Office via AP) 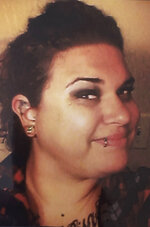 The five people who died amid the chaos that erupted on Jan. 6 at the Capitol represented different walks of life.

Two died violently — military veterans who wound up on opposite sides of an insurrection. The others, who suffered medical emergencies, came from different parts of the nation and different backgrounds, but were united in their belief that a presidency on its last legs should be saved.

From his early days growing up in a New Jersey hamlet, Brian Sicknick wanted to be a police officer.

Family members said he saw the military as a path to reaching that goal. He enlisted in the National Guard six months after graduating high school in 1997, deploying to Saudi Arabia and then Kyrgyzstan.

He would join the U.S. Capitol Police in 2008, serving until his death at the hands of the mob of President Donald Trump's supporters that breached Capitol security.

Sicknick, 42, was hit in the head with a fire extinguisher, two law enforcement officials said. The officials could not discuss the ongoing investigation publicly and spoke to The Associated Press on condition of anonymity.

Rep. Elissa Slotkin, a Democrat from Michigan, says she has asked military officials that Sicknick be buried with posthumous honors at Arlington National Cemetery.

Capitol Police Chief Steven A. Sund said she was among rioters who smashed their way into the U.S. Capitol, forcing members of Congress to hide. Videos from the mob scene appear to show Babbitt being hoisted up to the broken panes of a barricaded door. An officer points a gun at her and fires.

In social media posts, she strongly supported Trump and opposed mandates to fight the spread of COVID-19. She also referenced the QAnon conspiracy theory that Trump has been secretly fighting “deep state” enemies and a cabal of Satan-worshipping cannibals operating a child sex trafficking ring.

She and her husband ran a pool service business in Spring Valley, California. Her husband, Aaron Babbitt, told KSWB-TV, "she was doing what she thought was right to support her country. ... She was voicing her opinion and she got killed for it.”

Social media posts, however, included incendiary rants and false claims that the November election was stolen from Trump. Weeks after the election, he shared a photo of himself standing beside a Christmas tree with large guns in each hand and more stuffed in his waistband. There also was a screed questioning why Republicans weren’t doing more to support Trump.

In a statement issued on behalf of his family, widow Kristi Greeson said her husband didn't attend the Washington protests to participate in violence or rioting, “nor did he condone such actions.”

“Kevin had a history of high blood pressure, and in the midst of the excitement, suffered a heart attack,” she said. “Our family is devastated.”

Rosanne Boyland, 34, of Kennesaw, Georgia, was a recovering drug addict who had put a history of drug arrests behind her and stayed sober for years while finding a new purpose in politics, one of her friends told The Associated Press.

She had become a strong supporter of Trump and, her sister told the AP, a follower of the bizarre QAnon conspiracy theory.

“It just spiraled,” her sister, Lonna Cave, said recently outside her home in suburban Atlanta.

Cave said family members had begged Boyland, who aspired to be a sobriety counselor, not to go to the Washington protests. They said she had no intention of engaging in violence.

Cave said the family has heard conflicting accounts of her death. A friend who was with her said Boyland was trampled during a clash between rioters and police. But a police detective told the family Boyland had collapsed while standing off to the side in the Capitol rotunda, Cave said.

Benjamin Philips, 50, of Ringtown, Pennsylvania, was a computer programmer, and founder of Trumparoo LLC, a startup that promoted Trump and marketed stuffed toys online.

His profile on the site, which was no longer available as of Thursday morning, said he was organizing a bus from the Bloomsburg area to go to the rally and expressed anger at Democratic officials and moderate Republicans.

The Philadelphia Inquirer reported that Philips drove from Pennsylvania to Washington in a van along with Trump-related memorabilia he had produced.

He died after experiencing what authorities said was a medical emergency during the riots.