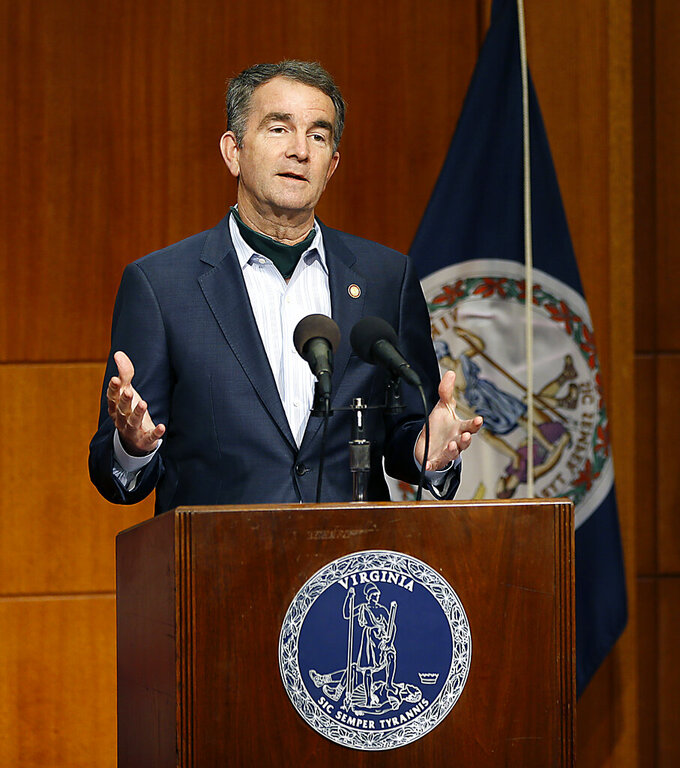 RICHMOND, Va. (AP) — Virginians will soon be able to have elective surgeries and dental checkups again, as Gov. Ralph Northam announced that nonessential medical procedures could resume Friday. The governor said pet owners could also resume taking their animals to the vet for nonemergencies.

The governor imposed a ban on nonemergency procedures last month in an effort to reserve capacity in the state’s health care system for coronavirus patients and personal protective equipment such as face masks for providers treating those patients.

Northam said at a news conference Wednesday that the state has avoided a surge in hospitalized patients like in Italy and New York and is in a much better spot in terms of having enough supplies and capacity than it was a few weeks ago.

“Together we took the right actions and they have been successful,” Northam said. “We slowed the spread of this virus.”

Medical and dental officials cheered the decision. The state's hospitals have pushed Northam to allow them to reopen for elective procedures as they grappled with lost revenues. Hospitals across the state have announced layoffs, furloughs and other measures to cut costs because of the ban. The Virginia Hospital and Healthcare Association estimates that about 15,000 nonurgent inpatient and outpatient medical procedures have been canceled each week during the ban.

Dr. Michael McDermott, chairman of the Virginia Hospital and Healthcare Association's board of directors, said the impact of the virus-related shutdowns to hospitals and health systems is “well over” $200 million. But he said Northam's decision to stop nonemergency medical decisions last month was “absolutely the right decision at the time that it was made.”

Northam's next big decision will be whether to extend his order to close nonessential businesses past May 8, when his current order expires. Some Republicans have been pushing Northam, a Democrat, to open sooner, like some other Southern states have done.

Northam said Wednesday that he's continuing to look at data on testing, hospitalization and other information before deciding whether to extend that order. He reiterated that he's is open to the idea of opening businesses on a regional basis.

“We're going to do it as soon as we can, as soon as it can be safely,” Northam said.

Also Wednesday, Northam said officials from the Centers for Disease Control and Prevention have begun assessing the virus' impact on chicken processing plants on the state's Eastern Shore. Northam, along with the governors of Maryland and Delaware, have request federal help to deal with an outbreak of COVID-19 cases connected to poultry plants on the Delmarva Peninsula.

The state Department of Corrections said it has released 62 inmates so far under a budget amendment proposed by Northam and approved last week by the General Assembly.

During the COVID-19 emergency, the legislation gives the DOC the authority to release inmates with less than a year left to serve on their sentences, provided they meet certain criteria, including having a viable home plan. Inmates convicted of a Class 1 felony or a sexually violent crime are not eligible for early release.

For most people, the coronavirus causes mild or moderate symptoms, such as fever and cough that clear up within weeks. For some, especially older adults and those with existing health problems, it can cause more severe illness and death. The vast majority of people recover.